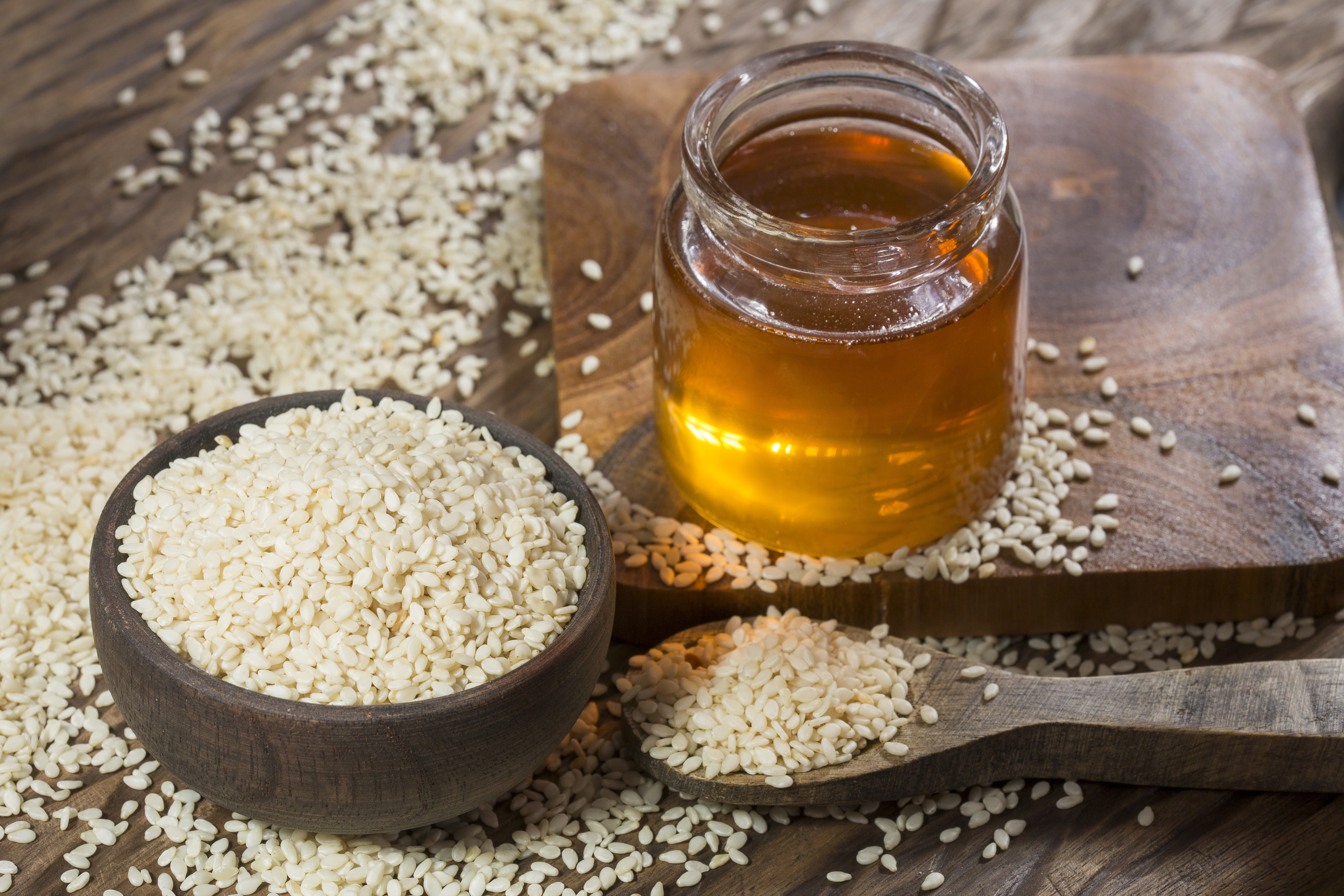 Gingelly oil is a lesser-known oil but is definitely a better substitute to other vegetable oils. In India, it is popular as ‘Til‘ oil or ‘Sesame’ oil. Though extracted from the same seed the difference between gingelly oil and sesame oil is in its technique of extraction. Gingelly oil flaunts amber hue while sesame oil is pale yellowish to dark brown (which is when roasted before extracting the oil.)

Times echo the various benefits gingelly oil offers. From being used by ancient Egyptians to ease the pain to being considered as a medicine in China, this fabulous oil is known to add its own flavour to food.  The love for this oil dates back to the Indus Valley Civilization where it was first extracted, following which it was introduced to various parts of the world.  It remains one of the most significant oils over time. Sesame seeds are grown in Asia, particularly in China, Burma and India. It is also one of the principal crops in Sudan, Ethiopia, and Nigeria.

This oil comes in three variants. As mentioned before, while the seed is the same, the method of extracting the oil makes the difference.

Sesame oil is yellow in colour as the raw seeds are cold-pressed. The seeds are not roasted.

For gingelly oil the process used to extract oil from the raw seed is different. Higher temperatures give an amber hue to the colour of the oil.

The third variant is when the seeds are roasted following which the oil is extracted. The colour of this variant is dark brown and it is a favourite ingredient in Asian cuisines.

Famous for its nutty taste, gingelly oil blends perfectly with Asian cuisine and spices. It is no wonder then that the oil is fondly referred to as a flavour booster as it enhances the taste of food, making it distinct. It is also reckoned to be one of the wholesome oils as it is loaded with various nutrients.  Those of us who aspire to lead a healthy lifestyle should try including gingelly oil in our diet.

The sesame crop is known to thrive well in soils containing neutral reaction or soils which are slightly acidic. The favourable condition for harvesting is light loamy soil with a good drainage system.

Sesame seed is usually cultivated as Kharif and also as semi-rabi crop, with a preferred pH range of 5.5 to 8.0. Many farmers practise the method of adding mouldy manure to get better yields.

A global favourite, this variant of sesame oil (amber hue) has a low smoke point. Hence, it is best used for sautéing or stir-frying vegetables.

Sesame oil (yellowish) has a high smoke point and should be used for deep frying and for preparing pickles.

If the oil is dark brown then use it only as a flavour enhancer, as a drizzle on salads and such.

This amazing oil is used in a variety of cuisines such as Japanese, Chinese, Middle Eastern, and Southeast Asian. It is popularly used to prepare south India cuisines too.

Use gingelly oil while making your chicken roast or vegetarian chow mein for the desi Chinese and enjoy the enhanced nutty flavour. Wait for when summer is soaring, and mangoes are in season to make some spicy pickles to add to your lunch plate.

Sesame oil is popular world over for its health benefits. It has antioxidant properties and by adding it to your foods you can ensure some vitamin E in your diet. Vitamin E is known to neutralise free radicals thus lowering the risk of cancer.

This oil keeps a check on the blood pressure, fights against anxiety and reduces depression. Along with this, when applied externally, it provides cosmetic advantages.

Sesame oil is considered to be great for the hair. When applied in suitable amounts, it reduces premature greying, increases hair growth, and keeps the scalp healthy. It is used in skincare to alleviate dry skin problems.

Talk with the doc:

A word of caution, if you are allergic to peanuts it is best that you discuss with your doctor before changing to sesame/gingelly oil.

Other than that, its “Open Sesame!”