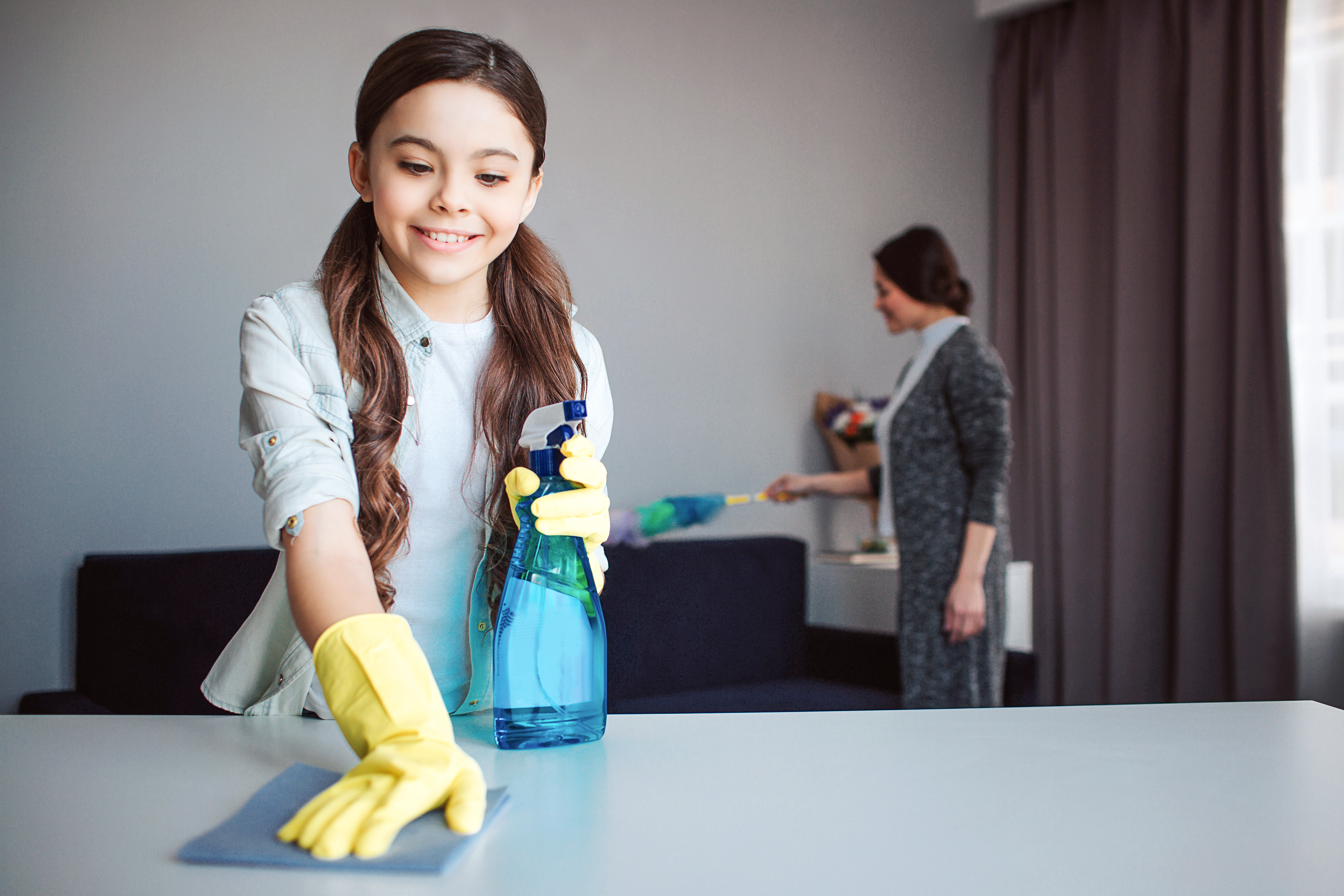 It is a huge task for parents to make a day fun for their children while handling the household. This is especially true during unprecedented times like these when they are spending a lot of time indoors. They want their kids to enjoy but at the same time also learn to respect their responsibilities and learn new things.

It is important in today’s time for the kids to understand the responsibility and accountability that comes with a task as simple as cleaning their rooms. Studies suggest that children who grow up with chores are set for greater success in their later lives than those that don’t. However, it is also a fact that children are easy to get distracted and act on emotions, either not complying with your directions or leaving it half done. So how do you get the job done?

How do you balance both fun and responsibility in a single act? Worry not because we have a few tips for you that are sure to help you out.

We are going to list out a few tasks in terms of cleaning and organising for children. We will also add tips and tricks on how to make these chores fun for the children so that they not only enjoy doing the task, but also look forward to it every day.

One of the most important things to keep in mind while deciding on what task to give to a child is age. If you do not give age appropriate tasks, chances are the kids get either underwhelmed or overwhelmed by the task, leading them to lose interest. A toddler cannot be expected to do the laundry, while an older kid will get bored if you give him a task as simple as picking up his toys. The idea is to infuse fun into chores that hold their interest.

Make it a game

Picking up their stuff after playing is the one job that transcends age. So, this chore can be given to a toddler as well as an older child. To make it more enjoyable, add tricks and benefits to it. Give a basket to each child and ask them to collect all the stuff lying out of place. Ask them to collect maximum stuff for a reward. Once they are done, ask them to put the stuff back in their rightful places. Promise them a reward for finishing first.

For older kids, you can make it a competition. You will have the cleanest room in the shortest time possible.

Children love it when they see that they have a list of things to do. Make a checklist of chores to be done by each child. Ask them to check off the chore once it’s done. It will be fun for them to run around, finishing each chore and then coming to check it off the list.

Make it more enjoyable by putting boxes in front of each chore, saying not done, doing and done. Children can decide on checking in the boxes depending on what they are doing at the moment. Tell them that the kid with most checks in the done category will get a reward and watch them scramble to check the right box.

It is a lesson in taking responsibility for the task and seeing their achievement on paper. It will instil in them a sense of acknowledgement and achievement.

Make a song and dance sequence

Nothing works better than a song. Put on some music that they enjoy, take up the broom and do a little jig. You will find them laughing and joining you as they also help around with the chore. You can let them decide the music, follow their dance routine a bit and make the whole thing complete fun.

This tip has another advantage. With the right music and chore, you can turn this act into an exercise routine. Plan a few steps, lift a few items, squat around a bit and you have got yourself an amazing workout routine, along with getting your chores done. Mix it up a bit every day and see your kids enjoying it.

Make it a drama story

Design a story around cleaning and tidying up. For example, tell the children that they are the house elves of the Harry Potter series. Dress them up like the elves, for more effect. It may take a while, but it will get your chores done. Building a small story around each chore and character will motivate them to finish the chore quickly and better.

You can also ask them to make a scrapbook of all the chores they have done for the day dressed as a particular character. They will enjoy comparing characters and look forward to the next day for more characters and more chores.

Give them a choice

Most kids have a problem when they are ordered or bossed around by parents. They feel a lack of control and so lose interest in their chore. The best way to deal with this is to give them a choice. Make a list of all the chores and tasks that need to be done. Ask the children to pick three chores to do out of the list.

It will make them feel empowered by being able to have a say and choice in what they are going to do. It’s also the best way to play to their strengths. If they pick a chore they enjoy doing, chances are they will do it to the best of their ability.

After a long day, the house is a mess. You want it all to magically clean itself. However, you do need to get into it and even ask your children to do their bit. Keep speed cleaning for the evenings or night.

Set a timer to see who does the chore fastest and in the shortest time possible. Keep a record of it and try to beat it the next time. The children will enjoy the competition in the act.

There isn’t anyone who doesn’t love rewards and praises. Keep treats and toys as rewards for toddlers and younger kids. Praise them for a chore well done and for paying attention to the details. Promise them more rewards for a chore if they do it better next time.

For older children, reward them with privileges and small amounts of money. Assigning a fixed amount for each chore will get them interested in doing the chore and earning a bit of pocket money. It will instil in them a sense of earning and independence, along with responsibility and accountability. Be sure to praise them as well as tip them if they do a great job of the chore.

These tips and tricks cannot only make cleaning fun and enjoyable for the children but also help them understand the value of cleaning up after themselves. It will motivate them to be better each time and will sow the seeds of a great future.

No time is better than today to start your kids on the task of helping you out around the house. Add a little fun to it and you will have a clean house and happy kids.

0 comments on “How to make cleaning and organising fun for children?”