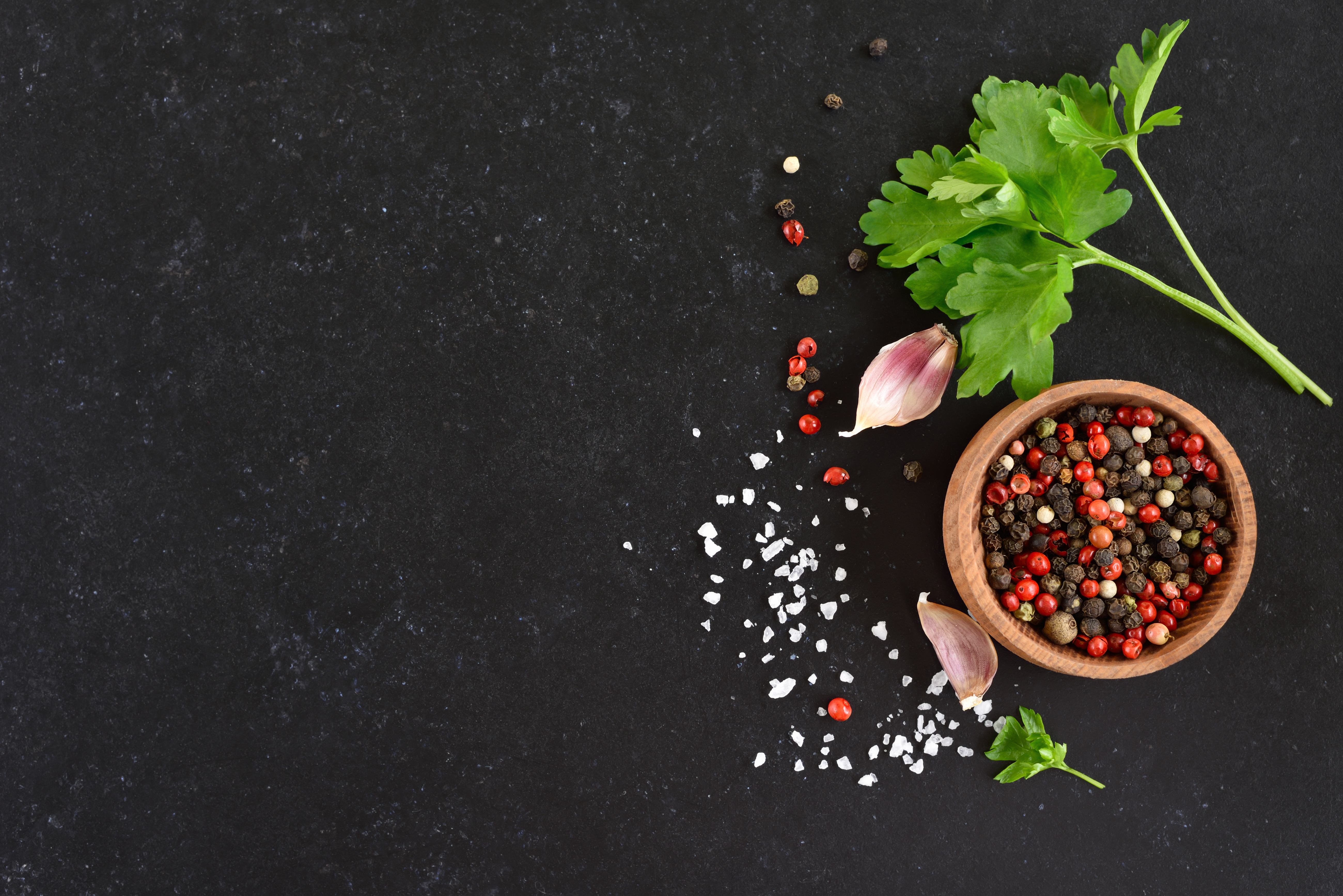 Not without my pepper! Many of us cannot think of our morning breakfast, a plate of omelette without sprinkling it with pepper. Many cannot enjoy their sandwiches without peppering it. The heaty pungency this spice lends to any food gives food lovers the kick to go yum.

One of the important and fundamental spices, pepper, adorns every dining table; paired with salt the duo is placed together on a table, be it for a light breakfast or a sumptuous meal.

Pepper, when harvested, is a green unripe drupe which is put in hot water to clean before getting it ready for drying. The heat escalates the active browning enzymes in the green pepper which is then left in the sun to dry out. It is during this time that pepper skin darkens and wrinkled to give is our quintessential black peppercorn. Piperine, an active component, gives this spice its distinct bold flavour.

This king of spice is also called ‘Black Gold.” It belongs to the “Piperaceae” family. There are many varieties of pepper among which the black, green, white (which is the core that is left after the skin is hulled and removed) are most popularly used. Other interesting varieties are the red and pink pepper.

Pepper needs a hot and humid climate to bloom.  Every year it needs well-distributed rain of about 120-200cm. The temperature should range between 20-32 degrees.

It sprouts in various soils like sandy loam, red loam, clay loam, but thrives in lateritic soils. However, it grows best on fertile soil that is full of organic matter. The ideal pH should be more than 5 and 6.0.

March to July is the harvest season for this awesome spice. Pepper vines generally start to bear fruit in the second year from the time of planting. The basic stems are cut in March/April. Irrigating pepper fields every fortnight during the summer helps the yield.

India is one of the leading producers, exporters and consumers of black pepper. Kerala takes the lead in black pepper cultivation followed by Karnataka, Tamil Nadu and Maharashtra. Andaman & Nicobar Islands and the NE states also figure as the producers of this great spice.

This perennial vine and its berries are extensively used in medicine too. Its active compound, piperine, is known to contain potent antioxidant and anti-inflammatory properties and hence, may prevent cancer. It also improves gut health, boosts our brain and helps maintain a healthy cholesterol level. It increases the absorption of many nutrients like calcium and selenium. It also helps to extend the absorption properties of medicines prescribed to kill bacteria, parasites and fungi.

Black pepper is also a go-to for relief from cold, arthritis, upset stomach, asthma, and such other conditions. White pepper is known to lower blood pressure thus, improves heart health.

Interestingly, some studies show that black pepper oil could help you quit smoking. Smelling the oil for a minute or two reduces nicotine cravings helping many to quit smoking.

Black pepper contains vitamin K, B6, C and A with trace amounts of other essential nutrients like iron and magnesium. Piperine, responsible for the heat giving flavour, is derived from the outer fruit and the seed as well. Black pepper contains between 5 – 10 % piperine while white pepper has a little more.