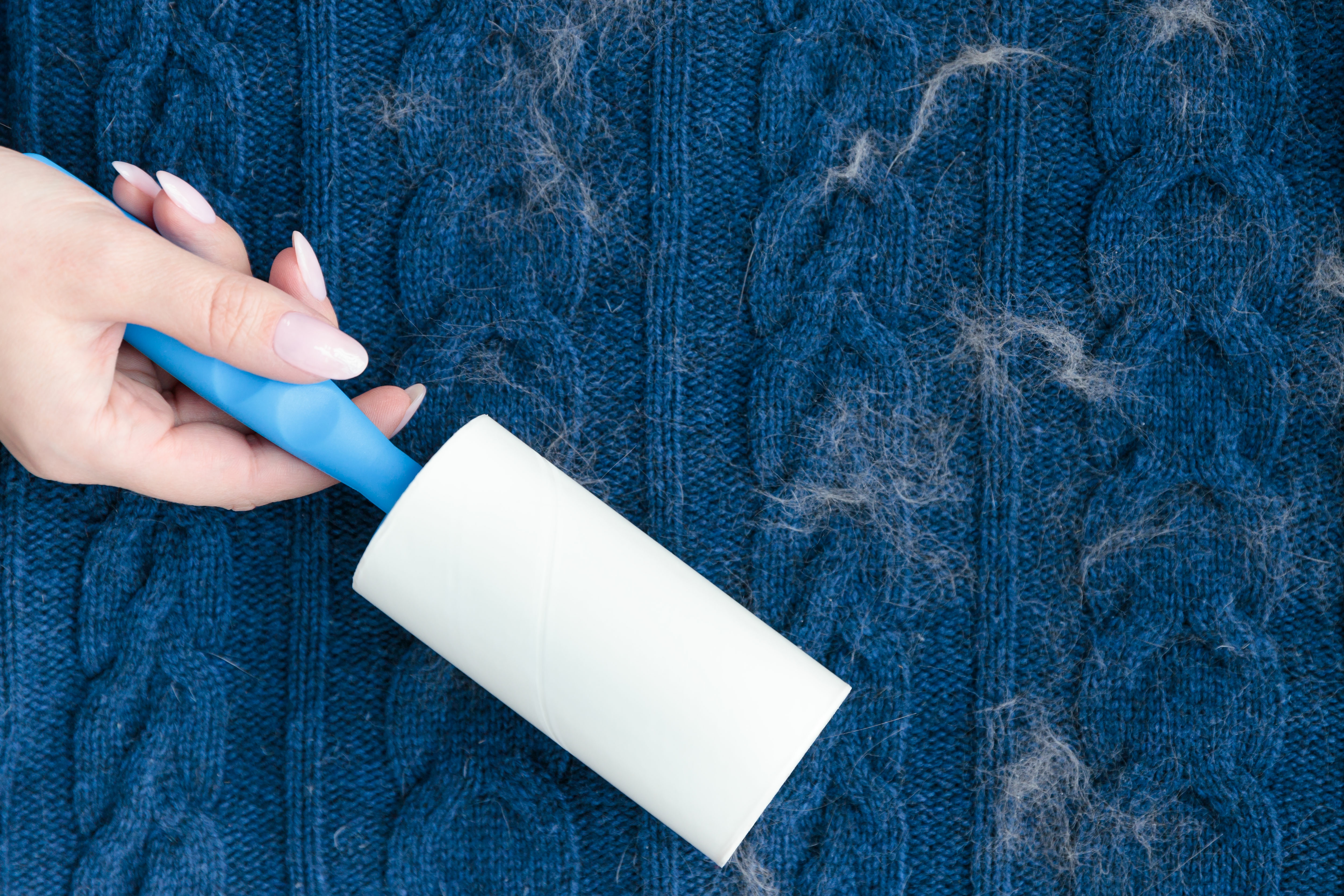 After months of being cooped up inside your house due to the pandemic induced lockdown, you have finally decided to meet up with some friends over lunch. Your plans are in place, your mask is ready, and you have chosen your outfit carefully. Imagine your shock when after you wear your perfect outfit, you look into the mirror to find it covered in lint or fluff. It is as off-putting and upsetting as the plans being cancelled totally.

While a lint remover definitely comes handy, what if you are caught in a situation, where either you do not possess one or if you do, you do not know where it is at the moment. This leads to a frantic search of your wardrobe to look for outfits that do not have lint and can be put together at the last moment in the best possible way.

One of the best ways to avoid this kind of anxious situation is to know how to remove lint or fluff without a lint remover. But first, you need to know what exactly is the fluffy mess that is stuck to your clothes and rained all over your parade.

Lint is little bits of loose threads or textile fibres that get bundled together and get stuck on your clothes. As these are plainly visible on smooth ironed clothes, it makes your outfit, however clean and well put together, look shabby. Lint can come off and get stuck on any cloth during wash or ironing. Depending on the fabric, it may be easy or difficult to remove lint from any cloth.

The common method of removing lint from clothes is using a lint remover or lint roller. It is a roll of one-sided adhesive paper which can be used to roll on a cloth. As you roll it, the lint on the clothes sticks to the adhesive paper which can then be torn and disposed off. This is the simplest available device that can easily remove any difficult lint. There are various other hand-held devices and steam machines that can also remove lint.

However, if you do not have a lint remover or are unable to find one in time, there are a few hacks that you can try to get rid of those nasty bits of fluff that are ruining your outfit.

The lint roller works with the simple technique that adhesive is perfect for removing lint. So, if you do not have a lint roller, any type of adhesive can essentially do the job. Get your hands on a wide sticking paper like a packing tape or duct tape. Then lay your clothes on a flat surface. Wrap the packing tape around your hand with the adhesive side pointing out. Use your hand to dab the clothes wherever you see the lint. Change the tape on your hand once it is covered with lint. Repeat the process till your clothes are completely lint-free.

This is a familiar technique with pet owners, especially those who own cats and dogs with fur. As they may agree, pet owners often find their furniture upholstery as well as clothes covered with pet fur. They keep rubber gloves handy to wear and rub off the pet fur. The hack works with lint too. Simply wear the gloves and swipe your hands over your clothes. The static electricity caused due to the rubbing will ensure that all the lint sticks to the gloves. Dust off and then repeat the process till all the lint is off your clothes.

This hack works very well on the most stubborn lint also. However, you need a bit more time for this one. Place your clothes on a flat surface. Then take a simple cotton washcloth and dampen it a bit. Use this damp cloth to rub on your clothes and watch as the lint sticks to the damp cloth. Clean and repeat the process. Make sure that your washcloth is just damp so wring it out thoroughly before using it. Let your clothes air out a bit before wearing them.

You can simply make your own lint roller. Just buy some Velcro tapes and stick them on the flat back end of an old hairbrush. Use it to brush your clothes off to remove the lint. Make sure to brush in the direction of the Velcro bristles for maximum effect.

Do not throw your old razors. They can be handy as a lint remover. Make sure to angle them in a way so as to not cut into the cloth. Rub them in the direction of the textile fibre of your clothes to gently remove the lint. This hack works especially well on suede or velvet clothes which are very prone to bits of lint and fluff sticking on to them.

A scouring pad is another great hack to remove lint and fluff. Make sure you are using a new one. Lay your clothes on a flat surface. Take the scouring pad flat in your palm, holding it in place with your thumb. Gently dab and rub on your clothes. The rough fibrous surface of the scouring pad will remove the lint as it goes.

Although there are methods to remove the lint, a few important steps before or while washing clothes can help you avoid lint altogether.

If a cloth is prone to releasing lint or shedding then it is ideal to wash it inside out or separately. If you put it for wash normally with other clothes, chances are that the shedding may stick to your other clothes and lead to accumulation of lint and fluff on them.

Adding a cup of distilled white vinegar in the last rinse can work wonders with lint. If you have clothes that have too much lint on them and which cannot be removed through any of the hacks, this is the way to go. Just make sure that the vinegar is distilled to avoid any damage to the clothes.

These simple hacks can not only save time and your clothes, but they can also be useful when the horror of lint on your clothes makes you go blank. Knowing them would simply be a skill.

0 comments on “Tips to remove lint from clothes ”