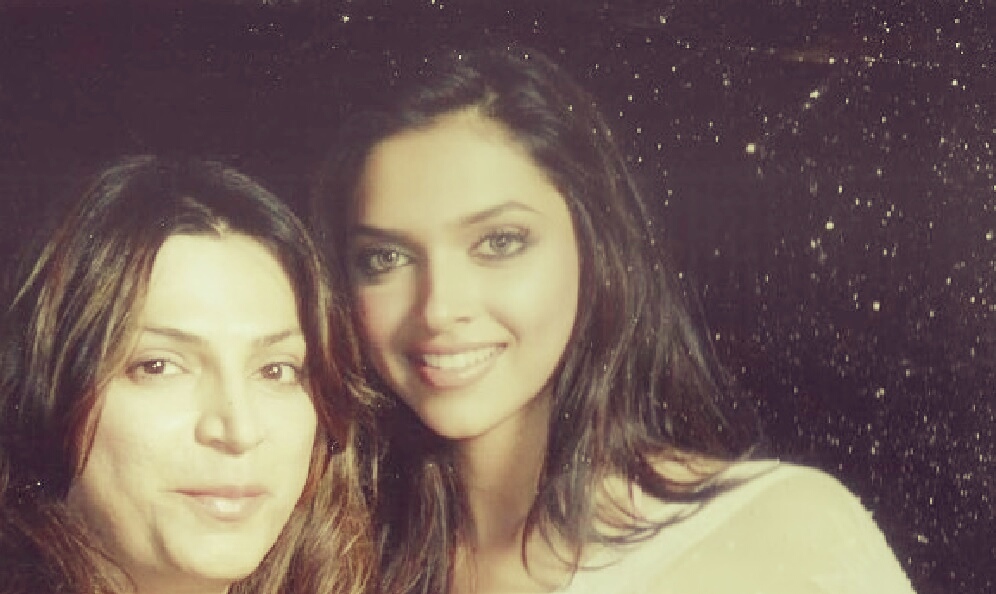 A name to reckon with in the makeup industry, Ojas Rajani needs no introduction. This artist has worked magic on top Bollywood celebrities, be it Aishwarya Rai, Katrina Kaif, Deepika Padukone, Sridevi, Madhuri Dixit, Priyanka Chopra, Sonam Kapoor, Urmila Matondkar … the list simply goes on. Today the veteran is highly coveted in the world of bridal makeup too and is also a favourite with the NRI brides.

Here, we have the privilege of Ojas letting us into the world of makeup, beauty and Bollywood in a freewheeling conversation.

Growing up, did you always have the creative streak in you?

Since childhood, I have been very creative and had a feminist side to myself. Whenever I saw something I liked, I used to come home and replicate the makeup look on my mother and sister. Bollywood certainly played a big role. I grew up watching Helen, Mumtaz (she looked so glam!) and Zeenat Aman.

We are curious to know, could you tell us a little bit about your makeup journey?

I was a costume designer initially. When the world of makeup came calling, I trained in Miami School of hair and makeup in Florida, USA. Later, I had joined Channel V and did makeup on the VJs like Anupama Verma, Ruby Bhatia, Alexandra and Trey (Farley). A lot of freelance work started pouring in on the side. I began doing hair and makeup Urmila Matondkar in Rangeela and things kept rolling on. Because of Aishwarya Rai’s look in Jodha Akbar and at the Commonwealth Games at Melbourne, the world of bridal makeup completely opened for me too!

Any experience that particularly stands out?

There are a lot, I remember for Robot, we did around 37 looks on Aishwarya. It was really something, no actress did that.

How do you feel the Bollywood makeup has evolved over the years?

People always wanted a heavy foundation but since the beginning, I put my foot down. Now everything has changed. One goes easy on the foundation and the blushes!

What would you say is your USP as a makeup artist?

I love paying attention to the eyes. You can transform a person with eye makeup. Also, hair along with makeup are very important, they both go hand in hand. To transform a plain Jane into a star, you need professional hair. One of my USPs would be the way I style the hair, very few people get it right!

What are the tips that you would like to give the bride-to-be?

Less is more, I would always want to say that. It is best to go easy, especially with bridal makeup, you would not want to land up looking scary! Another advice is to veer away from too much of black eyeshadow. One must understand that being glamorous does not mean putting too much of makeup. There is a difference between looking glamorous and looking like a vamp!

What are the key changes that you have seen in makeup over the past years?

Firstly, there is a big awareness on the right kind of makeup. Today’s generation knows what they want and how they want it. Makeup today is more on the lines of corrective makeup. Nobody wants to layer their face with too much of foundation.

What do you feel is trending these days?

It is interesting, the oblong eyeliner is popular today, but it has been a yesteryear trend. It is all repetitive! Having said that, as mentioned before, gone are the days of loads of foundation, I do not think that trend is ever going to come back. Instead, highlighters are popular today. People prefer going for something that is simple and photo perfect. Everybody wants to have that glow, be it the skin or hair.

Are there any colours that you feel complement the Indian skin tone?

Lastly, could you tell us a little bit about the academy?

My academy happened last four years ago. I do a lot of bridal makeup and always wanted to open up an academy but my hands were so full that I barely got a chance. Today, I plan accordingly where I do bridal makeup 8 months in a year and teach at the academy for 2 months. I teach in New York, Malaysia, Miami, Jakarta, Baroda, Ahmedabad, Kerala and Indore. I always keep interested students informed on Instagram or spread it through word of mouth. This time it is going to start on the 5th of August.

0 comments on ““Being glamorous does not mean putting on too much of makeup,” Ojas Rajani”