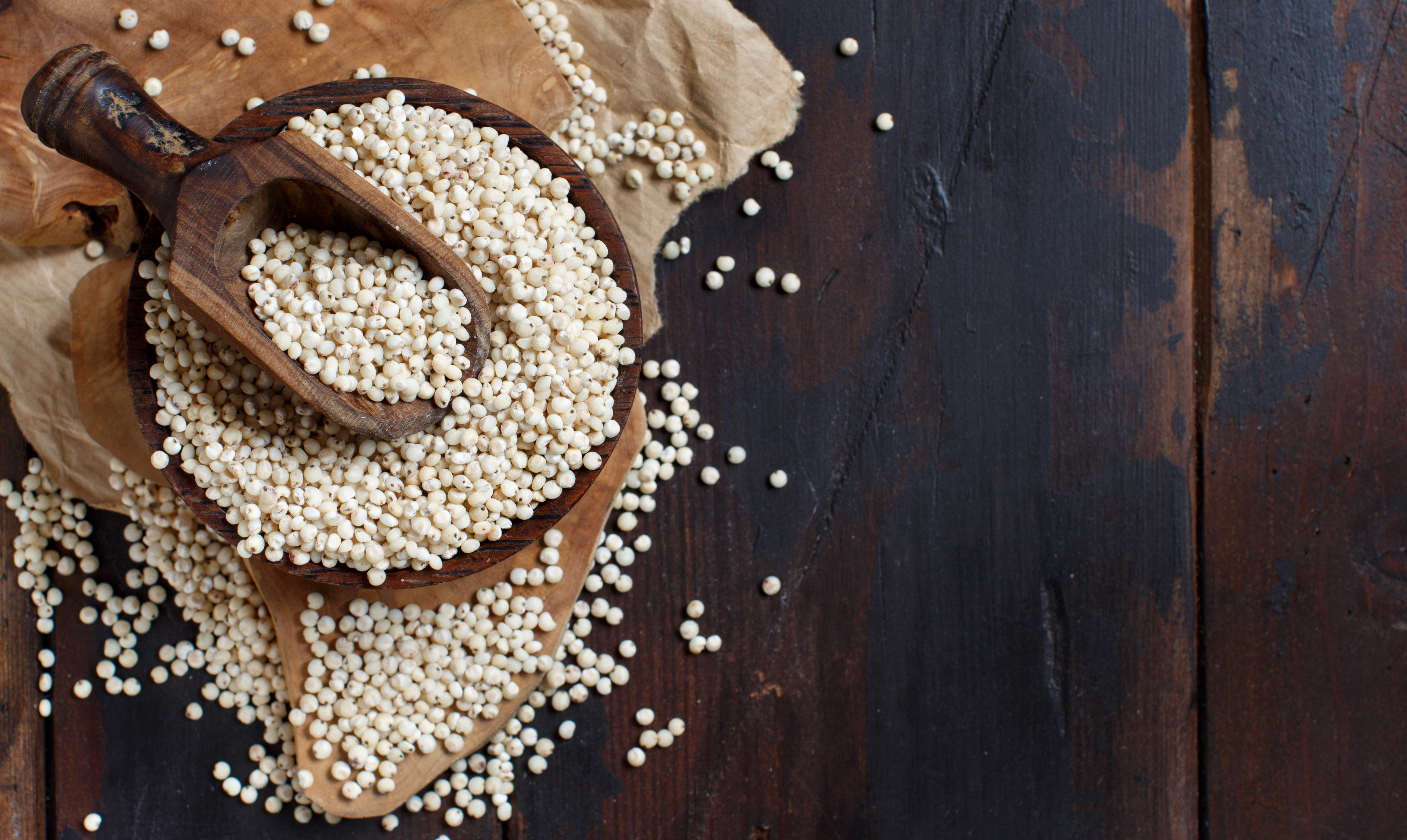 Jowar, Sorghum or Great Millet is a cereal crop, which is known for being a complete staple meal for farmers and those who can afford only economical meals. It was earlier favoured for industrial raw materials and animal feeds.  But soon its beneficial properties got the attention of the health experts, thus giving this humble millet its richly deserved place in the food map.  The stalks are used as fodder and building materials as well.

Rating high in medical advantages, this grain is unquestionably a standout amongst all other grains.  It is hailed as one of the healthiest grains and also goes by its modern name ‘new quinoa’.  Sorghum has been a part of the human diet since ancient times and can be traced through several civilizations across the world.  This healthy millet lends itself to uses and preparation of various biofuels and alcoholic beverages.

Sorghum has gained major prominence among the top 5 millets for its medicinal value. With a rich source of phosphorous and potassium, it helps lower cholesterol and normalises high blood pressure. More profoundly, it is staggeringly rich in fibre which can facilitate your digestion, aids in losing weight, regulates blood sugar levels and believed to curb the risk of strokes.

Nutritionist Tejashree Bobde of Minerva Essence reveals, “Jowar is regularly added in the meals of a pregnant woman to help them attain requirements of minerals and vitamins in their diet. Jowar helps control heart problems, arthritis and is also known to be good for people with diabetes.”

This crop can be seeded and harvested throughout the year. In Southern India, it is grown during the Rabi season (October to November) and summer season, while in the in the north, it is developed during Kharif season. The best time for the crop to be sown is during the Kharif season, depending upon the onset of monsoon.

Sorghum is extremely drought tolerant, making it an excellent choice for dry areas. However, it gives the best results in areas receiving some rainfall. The crop cannot withstand water-logging at any stage of growth. If the crop is planted during the Kharif season, then it may require one to two irrigations, depending on the rains.  For summer crops, it is preferable to be irrigated more than five times due to high temperatures. In South India, it needs to be irrigated 4 or more times during the Rabi season. The crop adapts well to extreme weathers.

Harvesting is usually done after five months from the time of sowing. These crops usually mature in approximately three months, post which harvesting can be undertaken.

Generally, there are two methods of harvesting: the stalk-cut and slashing the ear heads. In case of the stalk-cut method, the plants are close to the ground level and tied into bundles, as for the ear heads, once it is cut, it is piled up on the threshing floor to be threshed after few days. Prior to storage, these grains should be sun dried, to reduce the moisture content.

With a whopping amount of carbohydrates, protein and calcium content, it is highly nutritious for daily consumption. Dietitian Shibani Talpade says, “Jowar is a powerhouse of iron, calcium, and complex carbs. It is also crammed with minerals, essential vitamins, antioxidants and B vitamins. The presence of these essential nutrients helps keep the body healthy, thus keeping all the ailments at bay.”

Tejashree adds, “Sorghum grain has high levels of iron and zinc and is hence being targeted as a means to reduce micronutrient malnutrition globally. It is also packed with potassium and phosphorus with traces of sodium. It plays an important role in cell functioning and repair.”

Nutrition in 100 grams of Jowar

This alkaline and gluten- free grain can be ground into porridge, which is very healthy for children. It can also be made into rotis and cakes. The grain is used in making edible oil, dextrose (a sugar), starch and alcoholic beverages.

Having so many health and other benefits, jowar or the great millet is a food that can be incorporated into your daily diet. It is suggested for all aged people and can serve as a wholesome meal for the entire family.

0 comments on “Jowar – The new quinoa”