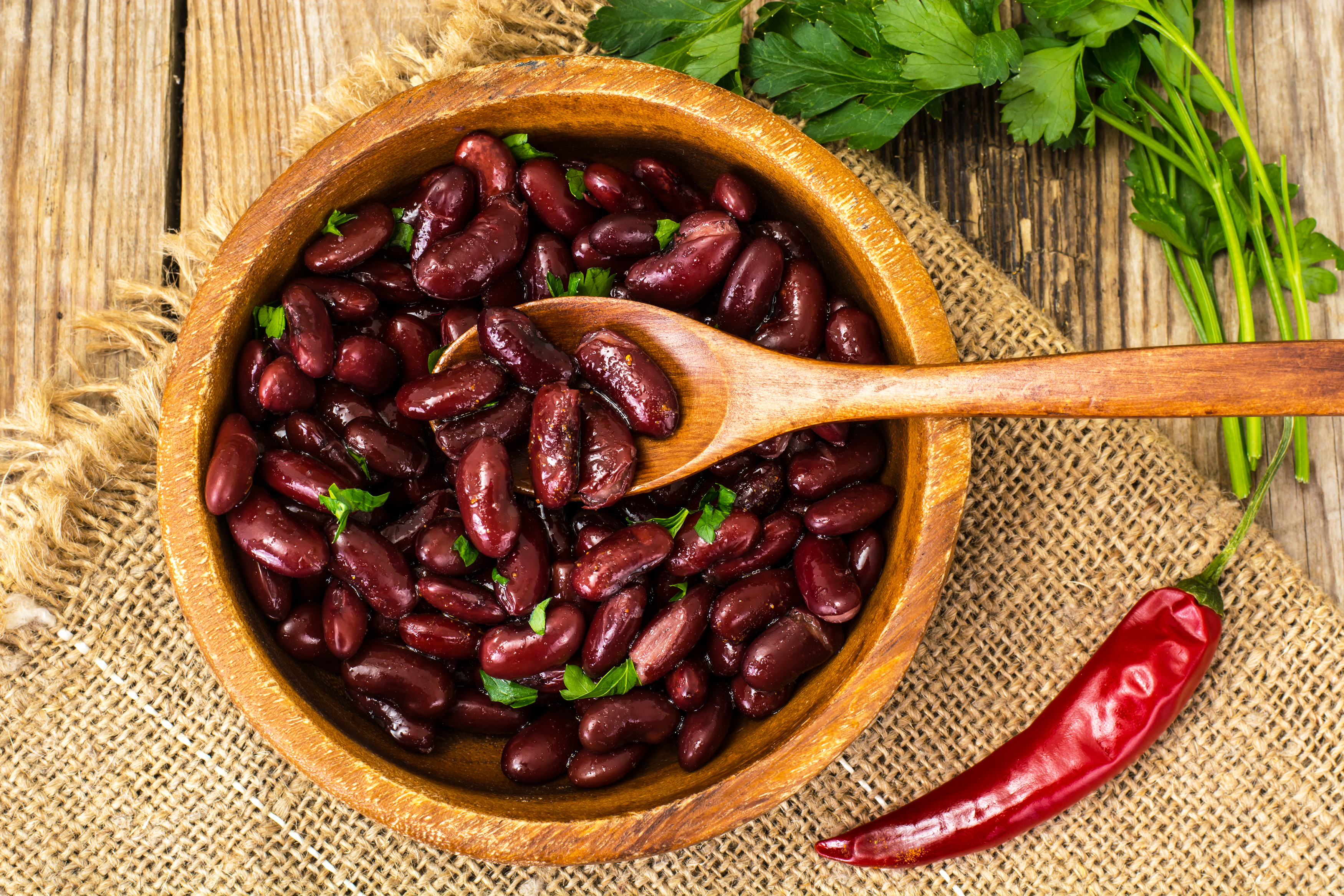 The quintessential dish in every North Indian home, Rajma, today, is a global favourite and a weekend choice for a family dinner in India.  Also known as red kidney beans, it is served in a creamy thick gravy with dollops of homemade white butter. This dish is by far among the most comforting and complete meals on the menu. Paired with chawal, this combo is an all-time beloved food.

Getting its tag of ‘King of Nutrition’, the red kidney bean is also popular as surkh or safed rajma. In Telugu, rajma is known as Chikkuduginjalu, in Bengali, it’s called Barabati Beej, and Baragudi Chhuin in Oriya. In Kannada, you may refer to it as Capparadavare.

You can find rajma in three varieties, the most popular being red rajma. Following a close second is the white kidney bean called as chitra rajma and the smaller variety known as Kashmiri rajma. Rich in protein, this bean is used for many popular vegetarian dishes as a beneficial supplement to a non-vegetarian diet. This is also a staple of Nepali cuisine.

Rajma is comparatively easy to cultivate as it can grow in different types of soils, except for saline soil. Tropical climes suit these pulse the best. The initial period of growing this yield is extremely important and one just needs to ensure a good drainage system to prevent the roots from being ruined due to waterlogging. The use of good fertilisers prevent weed infestation. It grows as vines and needs minimal processing after being harvested. The beans have to be stored in a cool and dry place away from any direct light.

The leading rajma growing states are the hills of Nepal, West Bengal, Maharashtra, Himachal Pradesh, Karnataka, Jammu region (Chinta Valley), and Tamil Nadu. The best of this is known to be harvested in Nepal. The crop farmed in Chinta Valley is among the most popular of the varieties. They are smaller in size with a hint of sweetness.

Molybdenum, an essential nutrient, helps in removing toxins, particularly sulfur-containing amino acids. Rajma is a powerful source of this nutrient. Packed with healthy goodness, it is also referred to as ‘poor man’s diet’, as this pulse is pocket-friendly and filled with nutrition. Apart from protein and energy, this pulse is packed with vitamins (vitamin B1, B2, B3, B6, K, and E) and minerals like folate, potassium, magnesium, iron, phosphorous and zinc.

Rajma needs to be soaked overnight or for about 8 hours in water. It should be cooked in the pressure cooker for best results. The prep time is about 20 minutes. If you want the seeds to be extra soft, cook it for half an hour more.

Dish we wish for

Once the pulse is cooked, you can flavour them in any way you desire. A popular way is to add them in a thick gravy of onion and tomatoes, seasoned with masalas, ginger and garlic paste, fresh spices and a dash of chilli powder for the extra kick!  Garnish with green coriander to tickle your taste buds for a total indulgence!

If you want more than chawal (boiled rice) for your rajma dish, Bigbasket suggests some innovative preparations with this nutritious pulse.

A few recipes to try

Rajma, apart from being a healthy bean which can be made into delicious dishes, is loved by most as a wholesome meal. Always paired with chawal (boiled rice), this combo has even inspired a Bollywood film. Try out a few delightful recipes from our cookbook, with Bigbasket’s exclusive range of red kidney beans.

Click here to know about the health benefits of masoor dal.