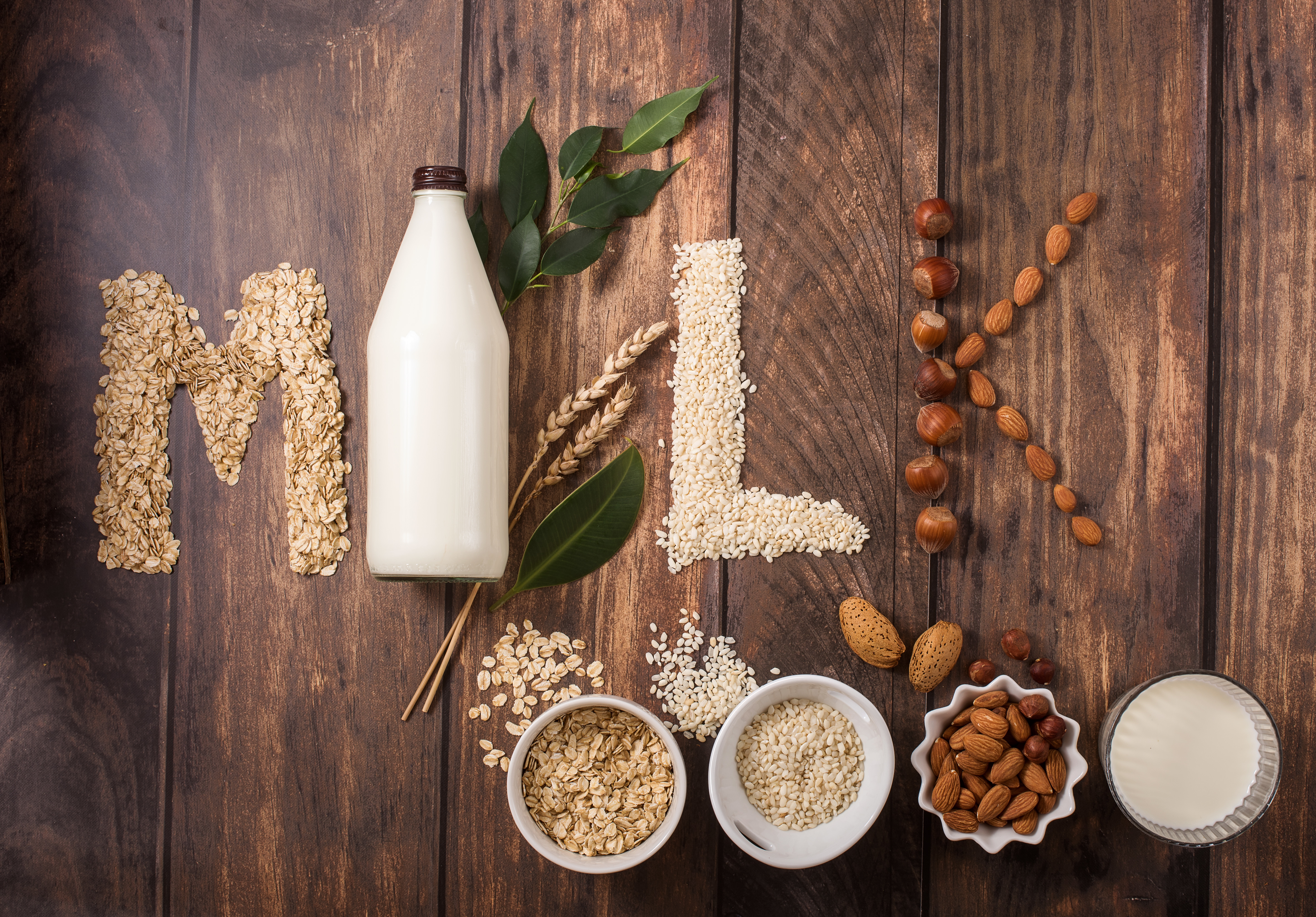 As there has been an increase in lifestyle diseases in the past few decades, people have become much more health-conscious. They are willing to try different types of food and drinks, in order to keep healthy. This has led to companies developing different versions of staple foods, that work in different ways for different people.

Today when you go to a market, you find so many varieties of one ingredient: may it be rice, fruit, cereal, bread or milk, there are a plethora of options. All you have to do is check and decide what works best for your body.

When it comes to milk, there are many who are intolerant to the lactose in the animal milk, who have made lifestyle changes or simply wish for another option. So, these days, there are many who have quit using animal milk and are looking at various other options like plant milk, seed milk, and grain milk. The combination of various illnesses dictates that when you try various types of milk, you check what works for you in terms of allergies, treating and/or working with your illness and is generally good for your health.

Oats, soy and macadamia milk has been around for some time. However, hemp milk is the latest trend. A rage since the last half a decade or so, hemp milk is made by soaking hemp seeds in water for a few hours, blending and straining to get a white milk-like consistency. It can be used in cereal or simply drunk just as it is.

As cow milk contains animal protein, there may be people who are allergic to it or those with certain stomach conditions, who find it difficult to digest animal-based protein. This is where hemp milk wins over animal milk. Hemp milk contains plant-based protein of very high quality. It is ideal for people with animal protein allergies and those who are lactose intolerant. It also contains much more calcium than animal milk, making it ideal for people with bone-related diseases. Animal milk has absolutely no iron, which is extremely essential for cognitive function, especially in women. Hemp milk is a huge source of iron, which is absent in almost all other dairy and non-dairy milk.

The additional nutrients of phosphorous, vitamins D, A and B12 help with cardiovascular illnesses, brain and bone health. A good amount of omega 3 and omega 6 fatty acids help with muscle growth and the amino acid proteins in it help cell and muscle repair.

There are many brands of hemp milk available in the market like unsweetened, flavoured or fortified with nutrients. You have to be careful in buying what works best for you.

Almond milk is an extremely healthy alternative, especially for growing children who may be intolerant to animal milk. It is very easy to prepare. All you have to do is soak some almonds overnight, blend them and strain them. You get a milk-like consistency with a slightly sweet nutty flavour, which can be used to prepare sweets, can be had with cereals or you can simply drink as it is.

It is a good substitute for people with lactose allergies and is quite popular among vegans. Another reason why it is a popular substitute is that almond milk has almost half the calories than any animal milk. It has zero cholesterol, making it a good choice for people with blood sugar, blood pressure or heart diseases.

However, there is one catch. Unlike animal milk or even soy milk, almond milk contains very little protein. It is a lesser-known fact because almonds themselves contain great amounts of protein. But when you convert almonds into milk most of the protein base is lost in the water during the straining process. What remains is mostly water molecules. Also, almond milk is not a great substitute to supply the calcium needed for the body. But it is your ideal choice if you are lactose intolerant as well as allergic to soy.

There are various brands in the market that sell almond milk with fortified nutrients. This means that the brands artificially add protein and calcium, along with other minor nutrients to the almond milk. Whether it works for you or not, is for you to find out.

Soy milk is made by soaking and blending the soy grains, then boiling and straining the mixture. It has a very creamy texture with very low sweetness and a bit of a beans-like flavour.

Soy milk is extremely popular among vegans. It is very high in soy proteins, which is an essential nutrient for muscle mass growth and overall development of the body. As it comes from a plant, it has zero cholesterol and zero lactose. It is an ideal drink for people who are trying to lose weight as it contains no saturated fat but has loads of protein and calcium. It is one plant milk that contains as much protein as is available in animal milk.

There are studies that prove that soy milk contains the most nutrients after cow milk, which is why it is considered the best plant-based non-dairy alternative for lactose-intolerant people.

An ideal option for people with lactose allergies and a sensitive stomach, rice milk is prepared by grinding brown rice and then mixing it with brown rice starch and brown rice syrup. It is considered to be the most hypoallergenic option there is of milk as it is extremely easy to digest. It has a huge amount of good nutrients for the body.

It can be used to make sweets, in cereals, in desserts, and to drink as it is. Being made from rice grain, it is naturally sweet, curbing the need to add more sugar. As the grinding and straining process removes most of the saturated fat and cholesterol from the grain, rice milk is very good for people with cardiovascular diseases and high blood pressure. It is almost 100% fat-free and cholesterol-free.

As with almost all plant and grain milk, rice milk also contains very low amount of protein and calcium when compared to animal milk. It also has a huge amount of carbohydrates which makes it high in calories. However, it is extremely good as a workout drink to build up mass muscle and energy. It is also considered very good for children and pregnant women.

As with any substitute, there are upsides and downsides to each option. It is up to you to figure out what works in your favour and what is it that you are looking to add to your diet.

One more plant-based alternative to animal milk is oat milk. Ever since the introduction of oat milk, the industry has gone into a frenzy catering to its never-ending demand.

Oat milk is simply made from oats and water, but it is mostly fortified enriched with many vitamins and minerals according to the brand’s USP, thus making it a nutrient-dense beverage.

Vegan and gluten-free properties of oat milk have won hearts world over. Though there are doubts of gluten cross-contamination at the manufacturing units as the same units manufacture wheat, barley or rye products.

The health enthusiasts have taken to oat milk due to its consistency and taste which mimics dairy milk better than any other milk alternatives. As it is naturally not as sweet as almond or soya milk, many brands do add sugar to the final product. This makes it imperative for consumers to check the labels carefully for sugars.

It is so like cow milk in terms of its mouthfeel and its creamy texture that the baristas have adopted it with open arms as an alternative to milk in their coffees and teas.

Oat milk claims to have 10% of the daily iron requirement, making it a good source to fight anaemia. The fibre content of 2-3% is around the same as almond or soy milk due to the loss during the processing of making oat milk. Nevertheless, a study does show that its soluble fibre content is enough to bring down blood cholesterol, thus leading to good heart health. This same soluble fibre, beta-glucan, is known to have prebiotic properties that work on aiding gut health and overall immunity.

Using it as a creamer for coffees and teas is great but be aware that oat milk is much higher in calories, so drinking copious amounts on a weight-loss regimen might not be prudent.

Click here to read Food Alternatives For The Lactose Intolerant

1 comment on “Different Types of Milk and their Benefits”