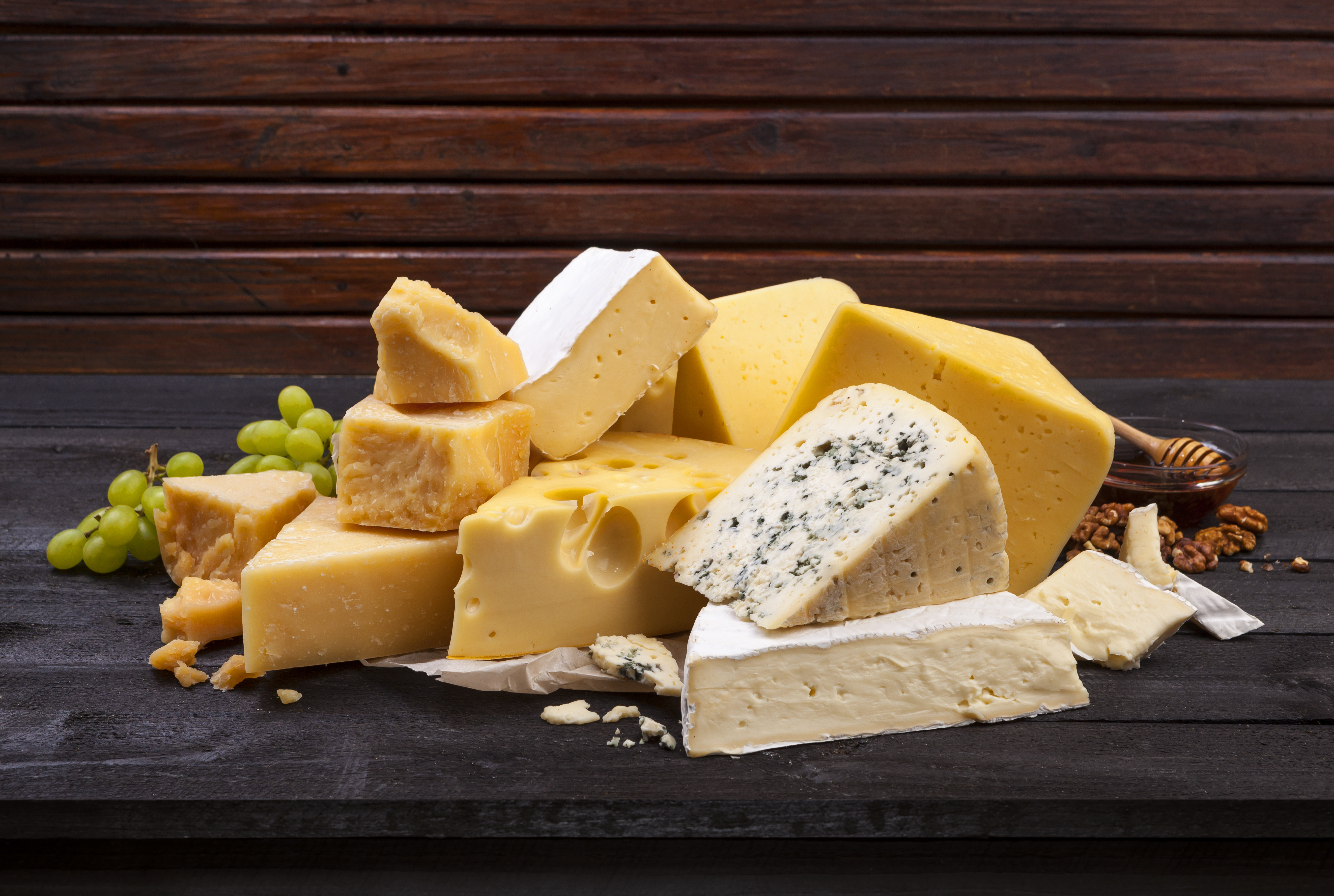 We don’t need to be food aficionados to know what cheese really is. It’s common knowledge that cheese is coagulated milk which becomes the heart of bread and many other dishes in our daily life. So, today we take you through a few interesting cheeses and how you can up your cooking game with their use.

Gruyère is a hard cheese from Switzerland that is made from raw cow’s milk. Switzerland had to fight France for three years to finally get the rights to “Controlled Designation of Origin” as both countries claimed it. At a point when the cheese battle got too messy, EU intervened and decided in favour of the Swiss. Though France continues to make this cheese, the French Gruyère maintains a distinct look with holes.

This cheese first originated in the region of Gruyere in Switzerland and thus the name stuck.

It has an exquisite nutty flavour and is creamy when young. After maturation of about 6 months, it takes on a grainy texture with small cracks. The distinctive taste and smooth texture make it a beauty when melted. It is a great cheese for cheese boards and can be eaten as slices on a platter. As one of the two main cheeses used to prepare fondue alongside Emmental, Gruyère is popular worldwide.

This melting-type cheese is an absolute must for the classic French onion soup. It can be used to prepare casseroles, grilled ham and cheese sandwiches and quiches. Gruyère can be grated over salads and pasta too. It’s a fantastic cheese for baking due to its subtle savouriness.

As it is one of the expensive cheeses, it can be substituted with Emmental in most dishes if you need.

Brie is a farmhouse cheese that originated in France. It is usually made from unpasteurised cow’s milk but brie made from goat’s milk is also another variety. It has a soft and creamy texture with a fruity and buttery flavour. If aged, the flavour changes to a strong earthy one. Its bloomy edible rind is treated as a delicacy.

This cheese can be substituted with Camembert or any other creamy cheese with a bloomy rind. Brie is great for the cheeseboard and can be enjoyed with flatbreads, baguettes, crackers and nuts. It is often used to prepare casseroles, grilled sandwiches and sauces. It is a perfect addition to pizzas and proves to be an amazing dessert cheese.

This hard cheddar-like cheese was formerly known as Leicestershire cheese made with cow’s milk. But unlike cheddar, it has a crumbly and moist texture with a milder flavour. In the 17th century, the English farmers decided to dye their cheese to make it distinctive and as the colour of the cheese denoted its richness and high quality. The vegetable dye used to bring in the reddish tint is called annatto, though originally it was coloured with carrots and beetroot juice. Red Leicestershire fully matures in 6 to 12 months but can be consumed as young as two months old also. However, its sweet caramel flavour is best enjoyed after it is aged.

Red Leicestershire is used to prepare bakes, scones and is a great addition to mashed vegetables and potatoes. It can also be sliced for sandwiches and melted into dips. This hard cheese is an excellent choice for cheeseboards.

“Ricotta” in Italian means recooked, referring to the reheating of the whey left over after making other cheeses to make this cheese. This Italian whey cheese is made from cow, water buffalo, goat or sheep milk. Once the casein is used up in the process of making another cheese, the ricotta-making process starts. It’s an excellent cheese when on a diet due to its low-fat content and high protein. It is a preferred cheese for people who are casein intolerant.

Ricotta has a mildly sweet taste and a smooth soft texture. Though it is a firm cheese, it is not solid but delicate.

The beauty of this mild cheese is that it can be used to prepare sweet and savoury dishes alike. Not only used as a stuffing for ravioli, but it also goes perfectly well in lasagna and other kinds of pasta. It’s a good substitute for mascarpone in cheesecakes and to top up on pancakes. Its milky flavour makes it a popular choice in preparing desserts with fresh fruits. It can also substitute the mayonnaise in sandwiches if you are looking for low-calorie food.

First made by monks in the monasteries of the Monterey region in California, Monterey Jack is a semi-hard cheese made from pasteurised cow’s milk. An entrepreneur, David Jack saw its potential and commercialised it to make it available all over California, and thus the name – Monterey Jack.

This super moist cheese is bland when not aged. Its buttery feel and quality to melt easily make it a favoured cheese in Mexican and Spanish dishes. Its texture and sharp taste are similar to Cheddar and Colby when it is aged for a longer period. When not aged, this cheese is produced with herbs and flavourings to bring about an enhanced taste. Pepper Jack and Dry Jack are very popular flavoured jack cheeses in the US.

Monterey Jack is the cheese of choice when it comes to grilled sandwiches. Not only can it be eaten as a simple snack of cheese and crackers but it can be diced into soups and sauces to give the dish a sharper flavour.

0 comments on “Give these five interesting cheeses a try”