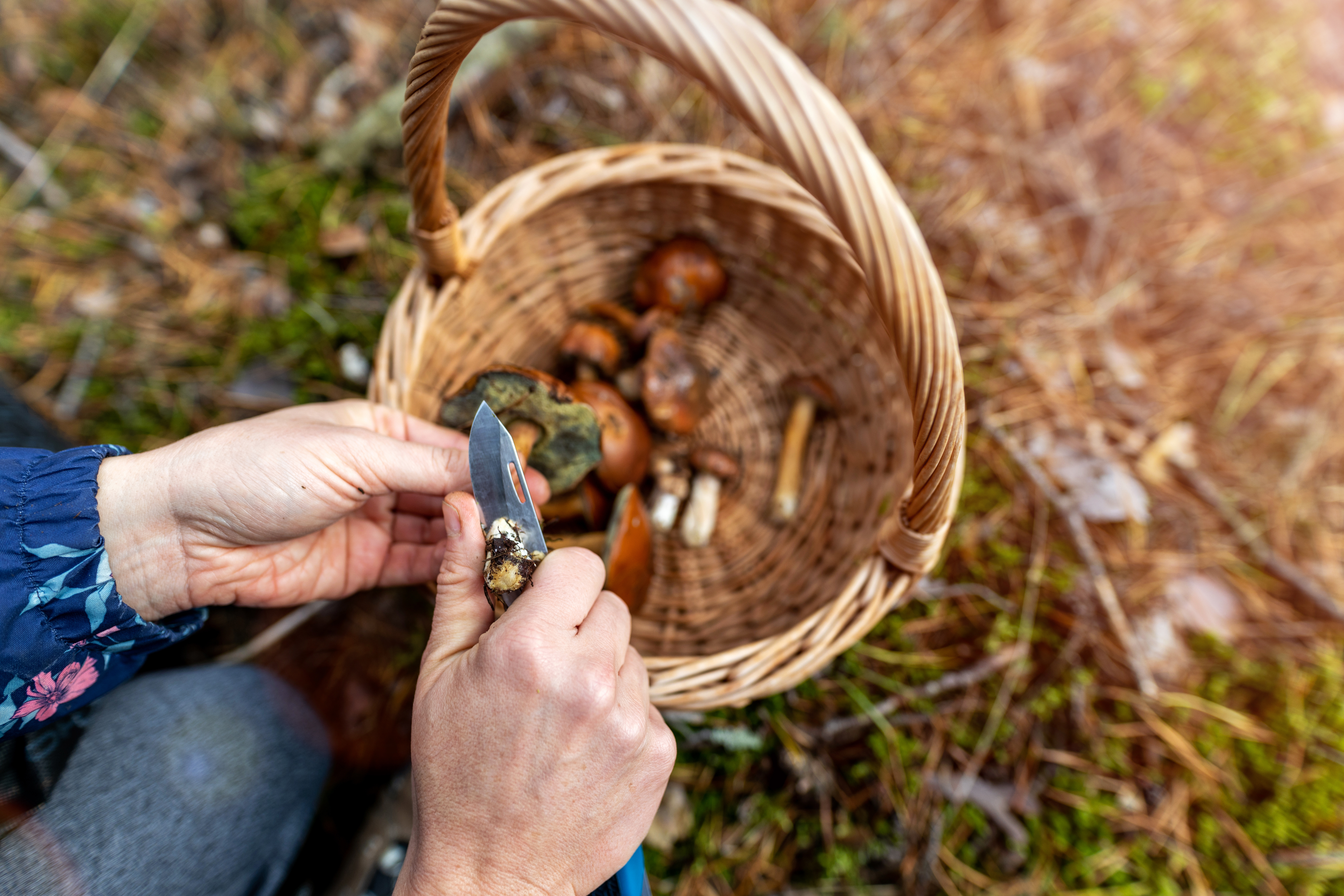 Mushrooms or toadstools surely take you back to childhood. Almost every one of you had that fantasy moment when you imagined frogs sitting on these mini tree-like structures and catching flies. With analogies in Dutch as paddenstoel (toadstool) and in German fairy tales as Krötenschwamm (toad-fungus), the mushroom is a type of fungus or fruiting body with a stem (stipe) and cap-like top called pileus.

It is botanically known as sporophore and mainly found in the agaric family (Agaricaceae). It’s quite fleshy with tiny bladelike spores that form in the gills or pores right under the surface of the cap.

These gilled fungi are produced from the ground upwards through a threadlike matrix called mycelium. It begins from a spore that falls and produces strands (hyphae) that spread out in a spherical thread mat under the ground.  Mycelium depends hugely on the nutrition received from the soil.  The umbrella-shaped fungi get their nutrition from mycelium which wraps around a food source. Thereafter, it draws water and absorbs nutrients to expand.

Unlike the fungi, mycelium subsists for years, drawing out the nutrients and shooting up the annual crop of mushrooms. It can produce a new crop of sporophores annually in its fruiting season.

There are various types of mushrooms. The most popular ones are the white button fairy-ring mushrooms, shiitake, oyster mushrooms, and so on.

This is the most common type of mushroom which you will find in the market. It has a mild taste and is best consumed with soups and baked dishes. Some might consume it in its raw form too!

The Champignon is low in calories but rich in proteins. It boasts of a wide variety of nutrients and is a natural source of vitamin D2 which aids calcium absorption. It is also rich in vitamin B12 which is normally derived from animals. Hence, this mushroom is a good option for vegetarians. It is known to combat cancer, reduce blood sugar levels and increase insulin resistance. It is also prebiotic which helps in improving gut bacteria.

It is one of the most commonly consumed mushrooms in the world. The Portobello has a meaty texture and a pleasant flavour. These mushrooms are different in their appearance and are mostly round-shaped and flat-capped with a white, thick, and edible stem.

These species are a natural source of vitamin D and are rich in selenium, copper, and niacin. They also help in metabolizing iron to energize the body. They act as antioxidants and aid in preventing cancer. They also prevent anaemia, reduce blood sugar and blood cholesterol levels. You can store them for almost a week. You just need to keep the mushroom caps dry and refrigerate them until they are ready to use.

Originated from Japan, it is one of the most popular mushrooms in the world. This variety is a hit among foodies because of its rich, chewy, wood-like aroma and savoury taste. Shiitake also boasts of various health benefits. It is also called Chinese black, black winter, and brown oak and is easy to cook.

Shiitake mushrooms are low in calories, cholesterol-free, and rich in protein and fiber. They are also rich in vitamin B, B1, B3, B5, B12, C, and D. They are beneficial in boosting the immune system, decreasing diabetes, and act as an anti-aging agent. They also have promising antibacterial and antiviral effects.

Abbie’s Shittake Mushroom on the Big Basket e-shelf is free of preservatives. These Grade-A quality mushrooms are sun-dried and grown using organic farming. They come with a rich flavor and essential nutrients. You can soak them in warm water and use them in place of fresh mushrooms.

These are the most common and versatile mushrooms which are easy to cultivate. They look like oysters and grow on decaying wood. They usually come in pale or dark gray colours and have a shape like that of an oyster. They have an anise-like aroma with a soft, smooth, and slightly chewy texture. There is a hint of sweetness in them with a taste similar to seafood. You can saute oyster mushrooms with butter or oil and freeze them for preservation. You can simply wash them before using them. These mushrooms dehydrate rapidly and can be used in their dry state without re-hydrating.

They contain vitamins and essential minerals including niacin, thiamin, and riboflavin. They are low in cholesterol, improve heart health, immunity, and metabolic health. They also have antibacterial and antimicrobial properties.

While we go gaga over these fungi, it is wise to remember that some varieties of mushrooms can be poisonous. Separating edible mushrooms from poisonous ones requires expertise and meticulous attention to certain details. This is because there is no differentiating trait by which you can spot a toxic variety. Even edible mushrooms may produce allergic reactions in some cases.

0 comments on “Mushrooms – The nutritious fungi with health benefits”