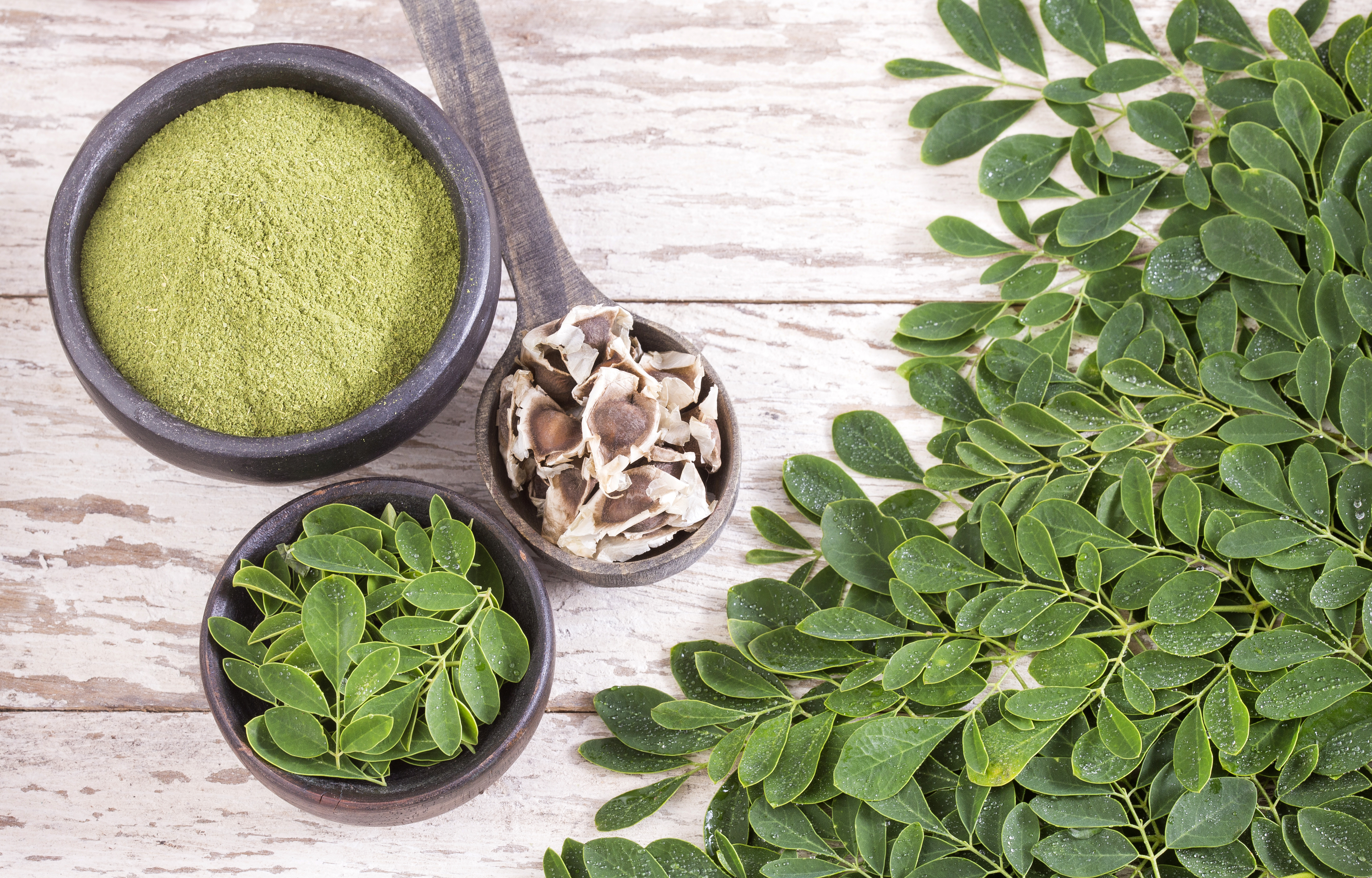 Superfoods and superfoods markets are here to stay when the world has started paying the much-needed attention to health and fitness. We in India have revered one such superfood for thousands of years in traditional medicine – drumstick, also known as the horseradish tree and moringa. Highly valued for centuries throughout Southeast Asia and lauded The Miracle Tree, moringa has one of the richest nutrition profiles in the world of plants.
Moringa is nutrient-dense and has an impressive protein content with all eight essential amino acids, calcium, iron, potassium, magnesium, phosphorous, zinc, vitamins A, D and C along with Omega 3, 6, and 9. Its health benefits have been eulogised by many academic publications, thus making moringa a new buzzword in the health scenario.

While suppressing inflammatory enzymes, moringa boosts production of anti-inflammatory cytokines. Chronic diseases like diabetes, arthritis and obesity may be countered by the anti-inflammatory compounds found in this superfood. Research on rats has confirmed its effective treatment on colon inflammation which is also a symptom of Crohn’s disease and ulcerative colitis.

Moringa is loaded with medicinal compounds that are anti-bacterial, anti-viral and anti-fungal. This makes it useful in water purification and food preservation. It also protects the body against harmful illnesses caused by salmonella and fungi. Skin infections and UTIs can be effectively fought off due to these very compounds in moringa. It is also used to treat wounds due to its antimicrobial and blood-clotting properties. It can also be a favourable treatment of Herpes Simplex virus.

Moringa boasts of a storehouse of antioxidants like vitamin C and E, flavonoids and polyphenols that protect the body from oxidative stress while ridding the body of free radicals. The phytonutrients found in moringa not only invigorate the immune system but also fight off infections. The zinc in moringa is way more than many other plants which also gives it an edge as an immune booster.

The plant compound called terpenoids which are found in moringa is known to help the pancreas secrete more insulin. Moringa helps lower and maintain cholesterol and lipid levels in the blood, which are notorious in the development of diabetes, thus making it an incredible aid for people with diabetes.
The leaves of this super plant are loaded with potassium which is responsible for reducing the above-normal sodium levels in the blood, thus decreasing and maintaining the blood pressure. The oil extracted from its seeds is full of monosaturated fats and vitamin E, which are considered heart-friendly. These leaves are also known to prevent plaque formation in the arteries, thus preventing a stroke or heart attack.

As moringa is brimming with antioxidants, amino acids and omega-3’s, it inhibits neurodegeneration and damage in the brain cells. It is known to keep the neurotransmitters healthy and slow down brain ageing. Memory-related diseases like Alzheimer’s and dementia might find therapeutic value in moringa.

The concentration of vitamin B found in moringa, along with its impressive iron content is responsible for its energy-boosting property. Vitamin B3 is vital to trigger protein, fat and carbohydrates to make energy, and this is found in abundance in moringa. This iron-rich food is fitting for people suffering from anaemia as it increases the red blood count and prevents the breakdown of the same.

Moringa oil is hailed as a beauty oil due to its 47 antioxidant compounds and can be used as a moisturiser for skin and hair and is also a great cleanser. Its antimicrobial and anti-inflammatory properties help to deal with skin ailments like acne and blackheads. Skin cells are guarded against oxidative stress owing to its vitamin A, C and E and also a load of selenium found in moringa. The high content of vitamin C assures the production of collagen, which is known to fight sun damage, sagging and wrinkles, making it an excellent anti-ageing beauty oil.
The overload of vitamin A and beta carotene in moringa promises to prevent retinal damage by supporting healthy retinal blood vessels.

Moringa powder has shown excellent health benefits in post-menopausal women affected by lower estrogen by helping raise their antioxidant levels. A study in 2014 noted that post-menopausal women showed an increase in their blood antioxidant levels on consuming moringa powder along with amaranth powder for three months. This led to better haemoglobin levels and better fasting blood sugar which in turn led to more balanced hormones.

Moringa should not be consumed by women trying to conceive or are pregnant or lactating owing to its uterine stimulating effects. It has also not been proved safe for children so far, so steering clear by children should be imperative. It also shows some risk to those on medication for hypothyroidism, diabetes and high blood pressure, so consulting your physician before use of moringa powder is advisable.

How to use moringa

Each part of this plant can be used in preparing foods: leaves, seeds, roots, and flowers. The leaves are always better cooked as raw leaves might lead to digestive distress. Chopping and dumping some leaves in stews and dals make for a delicious dish.
Moringa powder has an earthy and peppery taste and can be used in smoothie and soups. Moringa tea has a pleasant taste and provides with a dose of instant energy.
It is also available as capsules and can be taken by following the recommended dosage.
Moringa is a new buzzword in the health and wellness scene owing to its elaborate health resume. So, go ahead and enjoy a round of health with this fantastic superfood.

13 comments on “Therapeutic benefits of Moringa – The Miracle Tree”