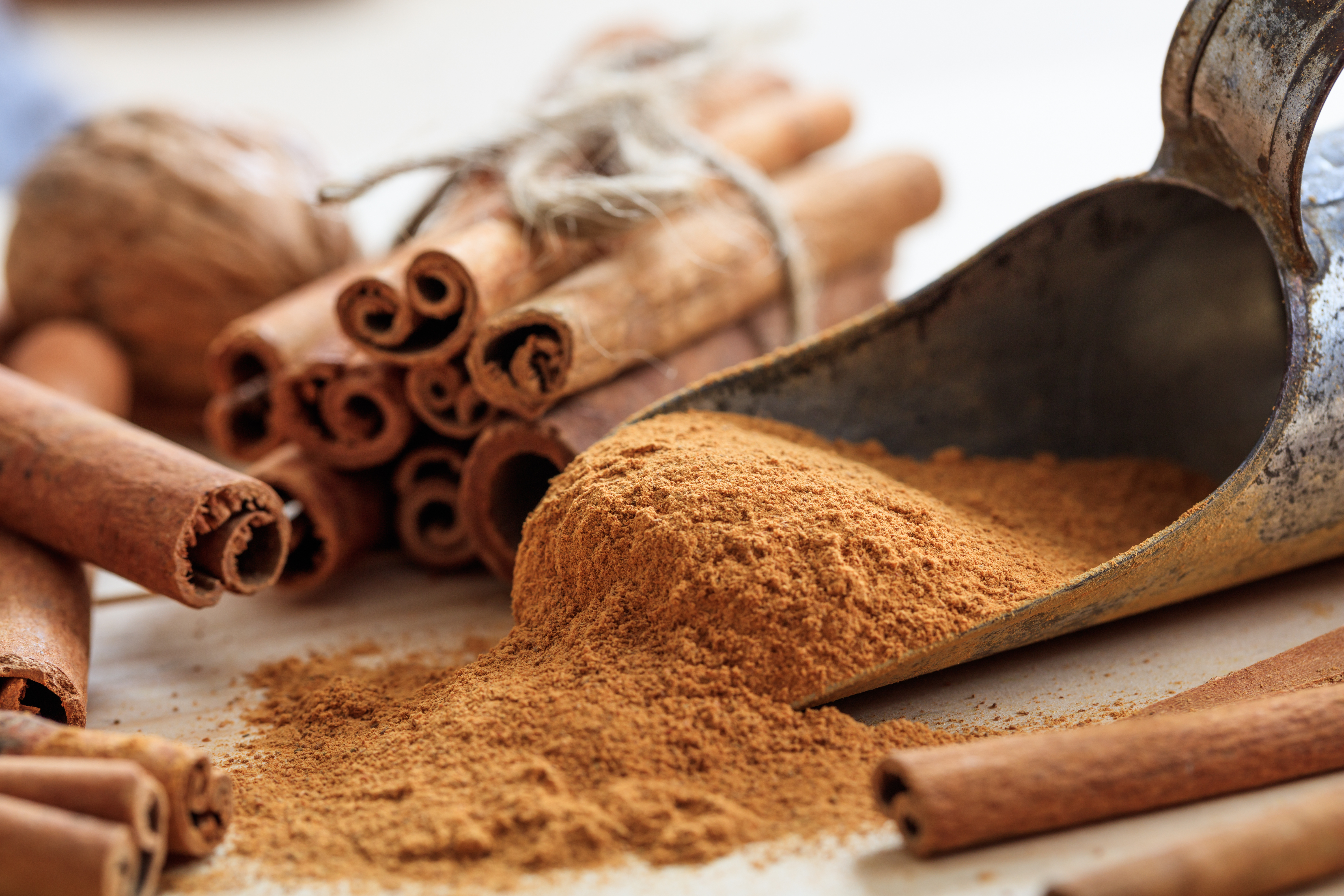 Can you hear the angels sing? Yes, it is the aroma of cinnamon, a fragrant spice and flavour enhancer, the popularity of which is legendary.

Acquired from the inner bark of the tree from the genus Cinnamomum, this spice is a favourite of Middle –Eastern and Persian cuisines. Cinnamon is a unique spice because of its delicate aroma and delightful, warm, sweet taste. It is also special because it builds immunity, which is the need of the hour today. Cinnamon consists of several resinous compounds; these compounds get better as cinnamon ages.

The famed cinnamon fragrance, as well as its flavour, comes from its essential oil cinnamaldehyde which is also its main active compound. It also contains eugenol. Cinnamon has about 1% essential oil.

In medieval Europe, besides being used in the preparation of food, cinnamon was used for religious rituals too. In Egypt, cinnamon was a part of religious ceremonies and was used for preservation. Reaping the rewards of trading in cinnamon was Dutch East India Company. History has it that the trade made this aromatic spice more precious than gold.

Sri Lanka emerges as the fourth biggest exporter of cinnamon. This spice is indigenous to Sri Lanka and Myanmar but is also cultivated in West Indies and South America. There are numerous varieties and related species of cinnamon like Vietnamese (Cinnamon loureiroi,) Chinese cassia (Cinnamon cassia,) Indonesian cinnamon (Cinnamon burmannii,) Malabar cinnamon (Cinnamon citriodrum) and so on.

Most cinnamon used for international trade is from Cinnamon cassia. It is also the cinnamon we usually use as a spice. However, what is called the “true cinnamon” is extracted from Cinnamon serum. This is the “Ceylon cinnamon.”

The bark of various cinnamon species is a crucial ingredient in many cuisines. It is an everyday favourite used not just in cooking but also in traditional and modern medicines. Cinnamaldehyde is the most active ingredient in this flavoursome spice which gives its aroma and flavour. Depending on the amount of cinnamaldehyde the bark contains, cinnamon is classified into four types:

Cinnamomum cassia is also known as Chinese cinnamon. It has a high amount of cinnamaldehyde which lends this bark its sharp pungent aroma with a bittersweet taste. It is consumed most and is very popular in the US and East Asia.

Cinnamomum loureiroi (Saigon cinnamon or Vietnamese cinnamon) is a variety that also includes a very high content of cinnamaldehyde making this cinnamon spicy. It also consists coumarin which lends flavour to the broth in many Vietnamese soups, including the famous soup pho.

Cinnamomum burmannii (Indonesian cinnamon) is a variety that has a lesser quantity of cinnamaldehyde and thus is less spicy. It is grown in Southeast Asia and is used to make the famous Malaysian dish Beef Redang.

Cinnamomum verum (Cinnamon Zeylanicum/Ceylon cinnamon, also called True cinnamon) has less cinnamaldehyde and thus is less spicy. Though it is grown in Sri Lanka, it is popular throughout Southeast Asia and Mexico and is used in many Mexican dishes.

Cinnamon cultivation depends primarily on rains with an annual rainfall of 200+cm. Though a rainfed crop, it grows fine in different types of climates and eco- conditions. The plant requires a hot and humid climate. It grows well at an altitude of more than 900m at an average of 26 degrees c. The soil that works best for cinnamon is rich loamy to sandy loamy soil. For better yields, the soil has to be well-drained. Manure or organic matter adds to the excellent quality of cinnamon.

Cutting and layering is the central part of cinnamon harvesting. Cinnamon trees grow up to 10 – 16 metres. However, it has to be trimmed regularly to boost plant growth. This is done as a regular practice between June and July. Then the soil is layered with organic compost around its stump aiding the side-shoots to grow from there. These side-shoots are ready to be harvested in about four years. Then it is coppiced for the first time in about the 4th or 5th year from the time that it has been planted.

The harvesting process starts by scraping off the outer skin of the cinnamon bark. It has to be done with expertise and specialised tools to prevent any damage to the inner layer. The scraped skin is then recycled into compost. This compost can be used again to grow more cinnamon plants. The stems have to be worked on right away after harvesting. The inner bark has to be damp while the stems are being processed.

Cinnamon seeds are scattered in the sand or even in a bag which contains a combination of cattle manure, soil, and some sand. As cinnamon is a hardy plant, it grows in different types of soil and climatic conditions. The soil need not have much nutrient value. As a rainfed crop, for the first two to three years it has to be watered twice a week in summer. The watering depends on the water content of the soil.

This prized spice is loaded with medicinal value. It has antibacterial properties and can be used as an embalming agent. Cinnamon is used as a flavouring agent in chewing gums for its mouth-refreshing effects. Cinnamon removes bad breath. This condiment also improves the health of the colon, reducing the risk of colon cancer. It maintains healthy metabolism and is packed with antioxidants like polyphenols. It is also known to reduce the risk of heart disease while maintaining blood pressure. It may help to improve symptoms of Alzheimer’s and Parkinson’s condition. It may help to fight HIV.

It is a coagulant and prevents bleeding. The essential oils and other compounds of cinnamon have antifungal, antimicrobial and anti-diabetic qualities. It is traditionally used as a tooth powder and to treat toothaches, dental problems, bad breath and other oral concerns.

Have you ever devoured hot cinnamon buns? If the answer is no, then you don’t know what you are missing!

Use it in sweet and salty preparations or even spicy snacks. Sprinkle on your hot cross buns, curries and baked food as this spice lends its distinct flavour to a variety of the dishes.

Available as cinnamon sticks as well as ground cinnamon powder, this condiment is a very versatile spice. Sprinkle some cinnamon while making dessert and take your sweet dish to a different level. The pungent, sweet aroma makes any recipe irresistible. Its essential oil which is derived from the bark, can be used in liqueurs. It is also used in perfumes.

Cinnamon is an aromatic and healthy spice with huge benefits. “True cinnamon” is a better option for health benefits but should not be consumed in large amounts.

For now, go ahead and make yourself a hot cup of chocolate with a sprinkle of cinnamon powder. Enjoy!

0 comments on “Cinnamon – The irresistible spice”