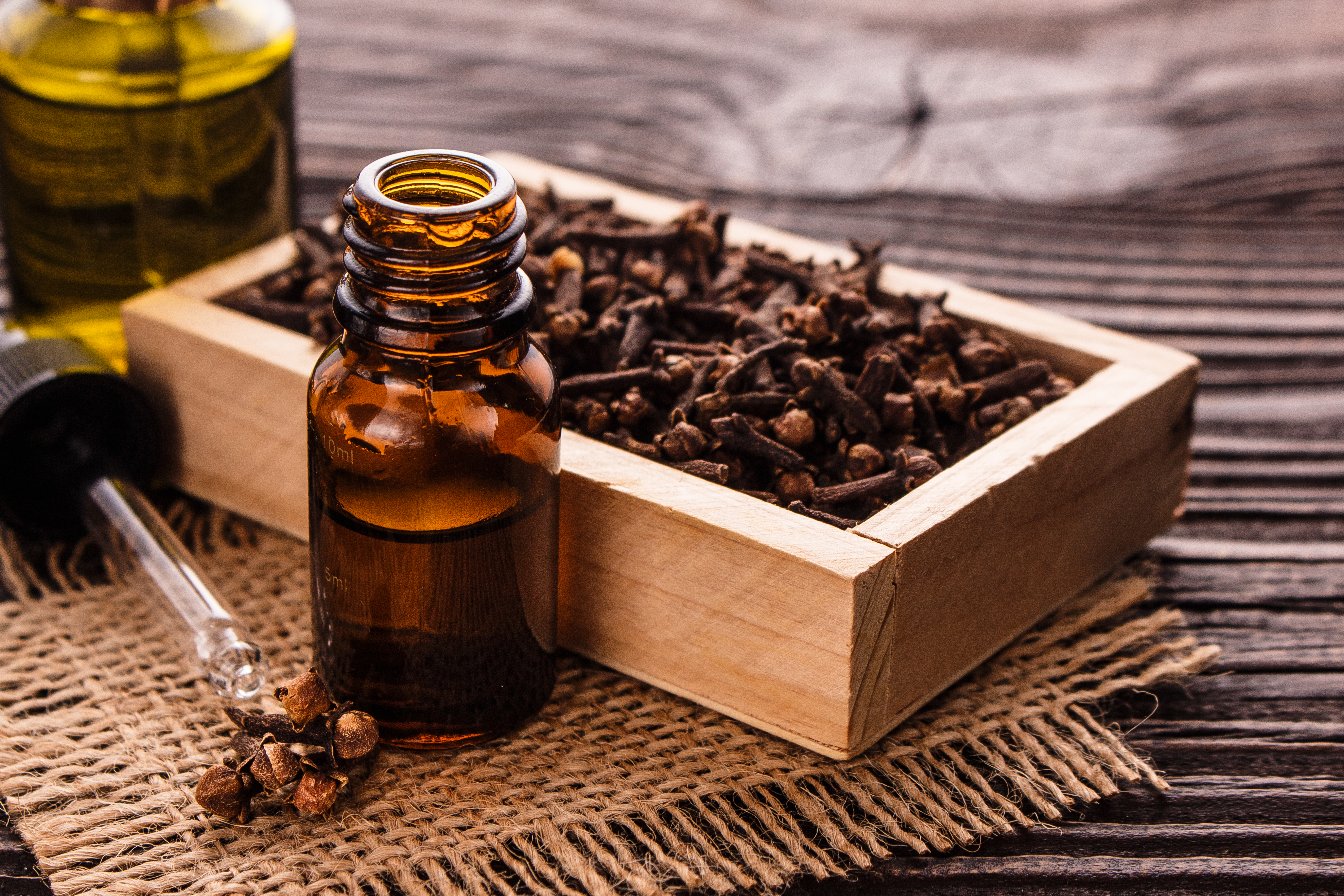 It was in the days of the yore that an advert repeatedly told us how laung, clove, gave relief from dental pain. Yet this brown coloured spice, shaped like a flower bud, has many more benefits to its credit. Clove is the dried flower of a clove tree Syzygium aromaticum which is evergreen.  This aromatic spice belongs to the Myrtaceae family. The flower buds are actually blush pink when harvested but go brown when dried.

Though some believe that clove is indigenous to Indonesia, its fragrance has reached every corner of the globe thus, securing its place in the kitchen cabinets.  It was known to be a prized flavouring agent in the Roman era and was the most favoured spice to be exchanged for a profitable trade. A royal protocol in China demanded that those appearing before the king would have to use clove as a mouth freshener.

The warm spiciness of clove blends well in many cuisines and surprisingly, in some medicines. The spice is approximately less than one inch long. It has a stem that narrows looking like small nails. Called clavus in Latin, clove is its English derivative.

Cloves thrive in rich, loamy soil and areas which have a humid and warm climate. Moderate rainfall of more than 150cm is good for flowering.  It has to be noted that clove crop wilts in waterlogged areas. Hence, a good drainage system with limited shading is necessary for a good yield.

For cultivation, seeds from fully blossomed fruit are taken, soaked and sowed immediately after. Planting of seedlings begins at the start of the monsoon season, whereas in low lying areas it is towards the end of the season.

Clove seeds take a fortnight to germinate. The sand-soil mixture is loose and care must be taken to keep it moist. The clove tree begins to flower only after its fourth year of sowing and takes 15 years to bear fruit.

The flowering seasons are different for plains and those planted at higher altitudes. The last quarter of the year to early next year are hence important months for growing cloves.

The major growers this fabulous spice are Indonesia, islands of Zanzibar and Pemba in Tanzania, India (Kerala, TN, Karnataka and the hilly areas of the Western Ghats) and Sri Lanka.

Let alone its ambrosia, we cannot stop raving about its health benefits that promise to bring a smile to your lips.

Powerful antimicrobial: Cloves with its antimicrobial properties are known to halt bacterial growth including E.coli. Properties of clove oil in promoting dental health and decreasing gum disease is well-known.

Reduces oxidation: Leading a stressed life? Take care of oxidation by adding clove to your diet. Eugenol, a naturally present antioxidant, reduces the damage done by free radical. It is known to be more powerful than vitamin E. Therefore, its anti-carcinogenic properties help in preventing life-threatening diseases.

Boosts immune system: Eugenol brings down the toxicity in blood and amps up our immune system by stimulating WBC. Thus, this classic spice is powerful when combating virus and other bacteria.

Combats osteoporosis: Cloves are enriched with manganese which helps to combat osteoporosis. Manganese is an important mineral which is popular in improving bone health and brain health.

Controls stomach ulcers: Cloves have amazing oil compounds that reduce stomach ulcers. Take benefit of its warm, summery aroma by adding it in your diet.

Supports liver health: Some studies have shown that eugenol has actually reversed signs of liver cirrhosis. However, eugenol needs to be taken only in limited quantity. Hence, it is always advisable to consult a physician if you are taking cloves as medicine.

Nutritive value of one teaspoon of cloves:

A twist in your dish

Cloves are used in savoury dishes, desserts and also in hot spiced wine. It goes well with cinnamon, vanilla, star anise, citrus peel and such spices.

Apart from adults, if your baby is above two years old you may begin to tread into newer palate such as clove in sweet dishes like fruit juices or sweet masala milk. When getting kids to familiarise with adult food, a touch of this spice could be a healthy addition.

Utmost care should be taken to use a minimal amount if you are using it for the first time in your baby’s food. Children’s diet is very different from adult diet and introducing any new element in their food should be done with care and caution. Seek your doctor’s suggestion when doing so.

Now you can go ahead and use cloves in all your dishes knowing how amazing the spice is.

0 comments on “Clove -A class apart ”