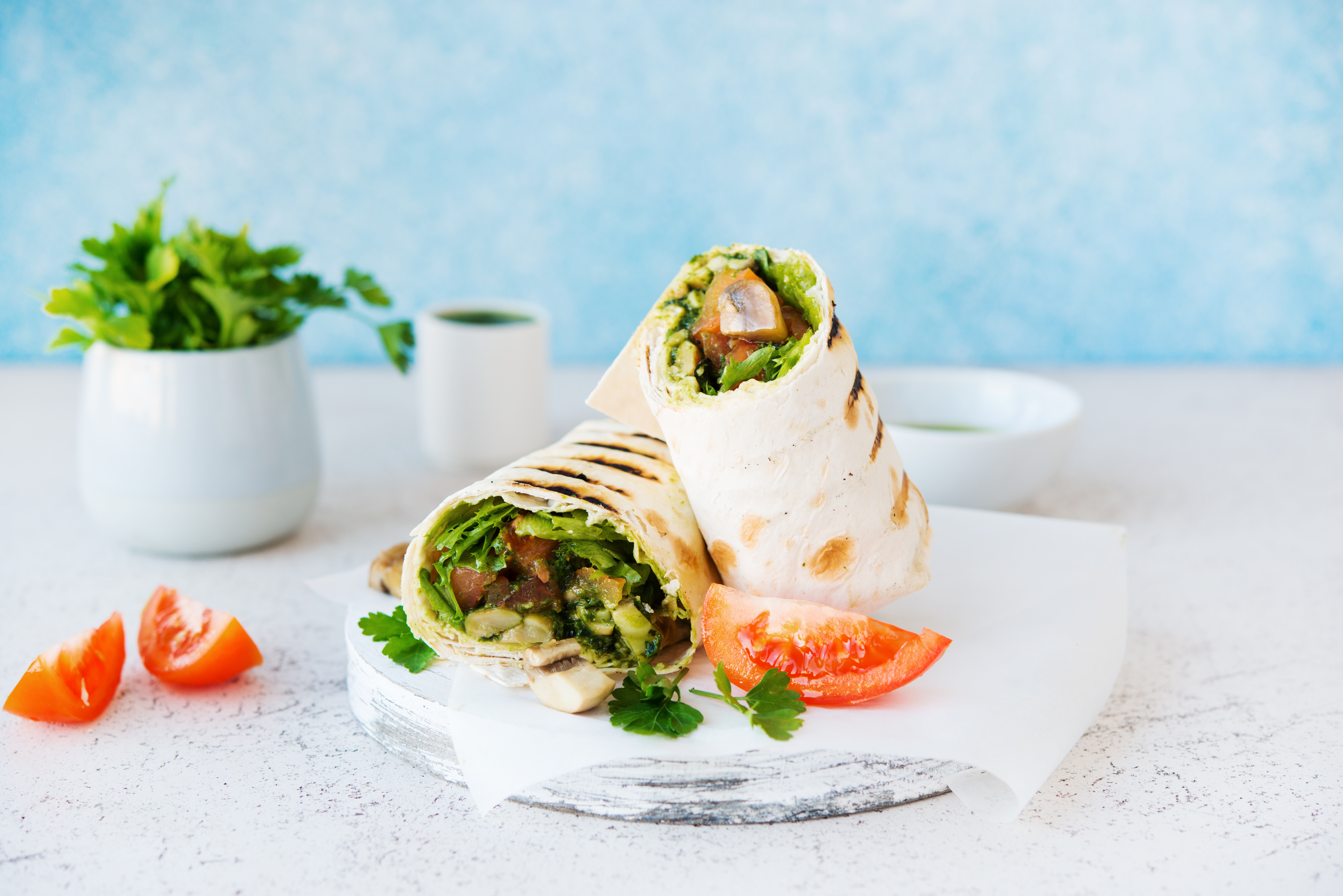 ‘Happy days are here again… let’s rock and roll’. There was a time when the Frankie roll was a hot favourite of foodies. But thanks to all the cookery shows, there are several mouth-watering rolls and wraps to feed us on the word go. While a wrap has all the delicious ingredients folded in, it is similar to a roll except that the base of the latter is seasoned with sauces and chat masalas.

Nevertheless, both are the same and undoubtedly, we love them! Now, let’s go on this culinary journey to know more about these delicacies.

Originating from the foodie’s street of Kolkata this wrap is made of paratha with skewer-roasted kebab folded in it. This to-die-for roll got its name when the Nizams switched from iron spikes to bamboo sticks to barbeque chicken. These bamboo sticks were known as Kathi and that is how the name stuck. This roll has a magical mix of many juicy ingredients like paneer, sautéed veggies, and chicken for the meat-eaters, all with a dash of tongue-tingling spices and mustard sauce. Yes, no one can eat just one!

This roll has cutlets made of a melange of veggies, cheese, paneer, and chicken all rolled up in a roti, seasoned with delish sauces and masala. This roll has its roots in Mumbai, then Bombay when Frankie was discovered. It is flavour intense as it should be and makes for a spontaneous snack on any day you are not hungry! Try it just once.

Shawarma is a Middle Eastern recipe that originated in the Ottoman Empire. It is prepared by stacking marinated meat and fats alternately on a vertical spit. The meat block is grilled slowly on a rotating spit which is then shaved off with a large knife to make a wrap. The filling can also have vegetables like tomato and cucumber, hummus, tahini and pickled turnips. Maybe, you can also add some French fries and other sinful delicacies to make this wrap unforgettable.

An authentic Mexican burrito consists of two thin flour tortillas stuffed with various ingredients. Traditionally, burritos contain meat, vegetables, and beans, although the ingredients can be as creative as one’s imagination. The most common additions are rice, guacamole, cheese and sour cream.

The popular one that made its way into our hungry tummy is the one with bread rolls. Chunks of tender chicken blended in mayo sauce and lettuce on top made us go crazy. While we frequently went for seconds, many variants of this roll became formidable contenders. Now, you can also get hot, spicy, delectable chicken rolls folded in rotis and served with green chutney, red hot sauce, lemon, and pickled onions. Good Lord, this is heaven!

Have you cut and tried sausage in a wrap? Here, try this! Chicken sausage blended in creamy mayo, a dash of aromatic herbs, and chilli sauce for those who love their spices. This wrap of joy is just delectable.

Try an egg like this and you will never give it up. Sautéed on a hot tawa, the egg is kept on a roti wrapped with a blend of spices and a zest of tangy touch. Flavourful, aromatic, and a must for hungry tummies…hello reincarnated egg…where were you all along?

Come down on the streets and look around, you will be lost for choices as there are so many pocket-friendly rolls and wraps to choose from…go ahead, go crazy but don’t go hungry.

Know your Basic Breads and ways to relish them