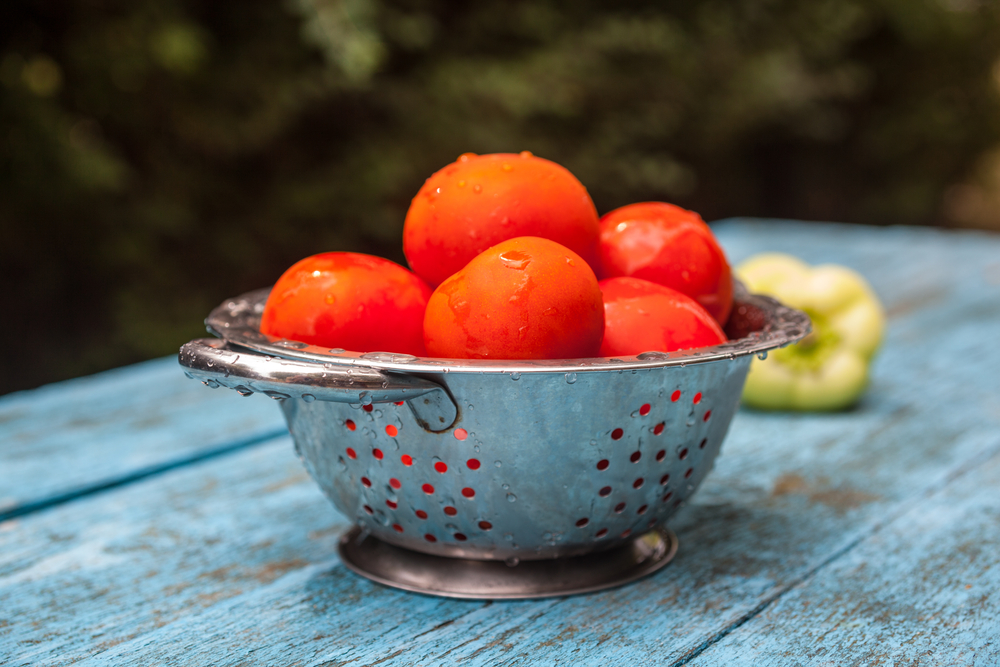 We all are aware of the benefits of eating different kinds of fruits and vegetables in our daily life and tomatoes are no exception to this list. Highly nutritional as the increase our intake of tomatoes the risk of developing illnesses and ailments reduces significantly. They are a significant nutritional wellspring of antioxidant lycopene attributes to numerous medical benefits, including reduced dangers of coronary illness and cancer. Tomatoes are likewise an extraordinary supplement of vitamin C, potassium, folate, and vitamin K.

Tomato or botanically called Solanum Lycopersicum is a fruit organically developed from the nightshade family of fruits native to South America. Even though it is a fruit, it is generally consumed like a vegetable.

Tomatoes are available in various sizes and can be prepared in various methods. They are not only eaten raw but are used in making preserved preparations like ketchup, pickles, purees, and other condiments. Usually red when properly ripe, tomatoes can also come in other shades which include yellow, orange, purple, and green. In fact, there are subspecies of tomatoes in different shapes and tastes. The health benefits can vary between types. For example, cherry tomatoes have higher beta-carotene content than regular tomatoes.

Let us look at some of the specific health benefits of consuming tomatoes in detail:

Tomatoes for a better immune system

Lycopene is a cancer-preventing agent – it battles malignant cells that can harm the immune system. Thus, food varieties high in lycopene, like tomatoes, may make an individual stronger to fight against lung, stomach, or prostate cancer. Research illustrates that they help in preventing diseases in the pancreas, colon, throat, mouth, bosom, and cervix too.

A healthy heart with tomatoes

Lycopene likewise may bring down the levels of LDL, or “bad” cholesterol, and the blood pressure levels too. Furthermore, they can also bring down the odd chances of sustaining coronary diseases. Different nutrients in tomatoes, like vitamin B, E, and cancer prevention agents called flavonoids, may support the heart’s wellbeing, as well.

Tomatoes have chemicals named lutein and zeaxanthin that assist with shielding the eyes from the blue light emitted by cell phones and PCs. They also act as a soothing agent for the eyes when they are tired and eases headaches from eye fatigue. Moreover, tomatoes have been complimented with properties that might avoid blindness resulting from serious disorders.

Studies have revealed that tomatoes are actually useful for individuals who have asthma and prevent emphysema, a condition that gradually harms the air sacs in the lungs. The chemicals beta-carotene, lycopene, lutein, zeaxanthin, and other antioxidants battle the harmful substances found in cigarettes, which are the main source of emphysema.

Studies have shown that lycopene might help in curing gum diseases like gingivitis and periodontitis in the same way as it may prevent cancer by fighting free radicals. However, eating too much tomato can harm the teeth as well because of the measure of acids present in the tomato. Thus, it is advisable to wait for at least 30 minutes before you brush.

Have questions on skin & hair care? ASK OUR EXPERTS