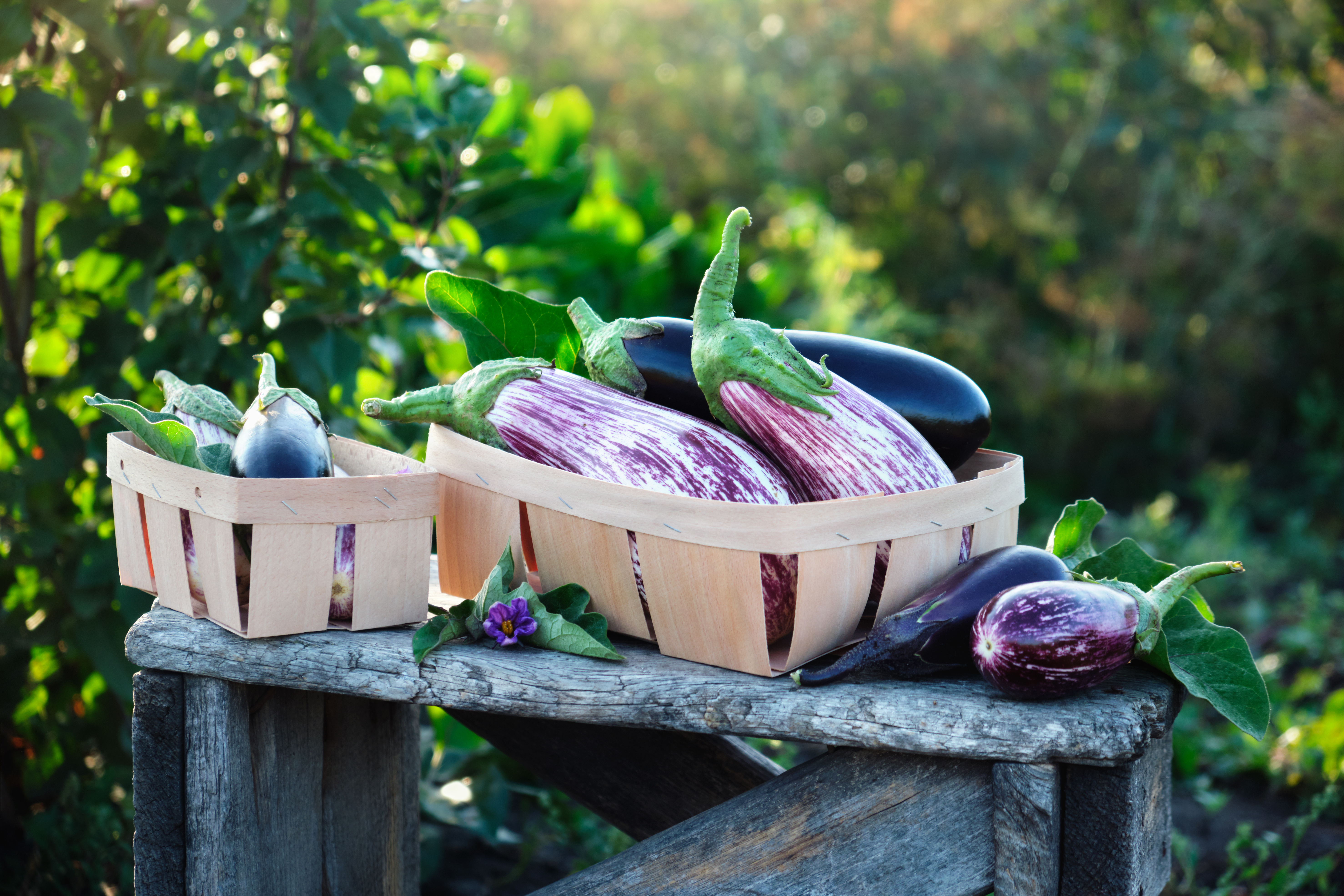 Brinjal or aubergine, also called baigan or vaigan, is a food that is low in calories and rich in fibre. Its botanical name is Solanum melongena. It is a perennial plant and grows in the warmer season. It blossoms when temperatures are high. Therefore, it is not surprising that sunlight is well received by brinjals.

Grown mainly in Southeast Asia and, of course, India, it is a part of the nightshade family (like tomatoes, pepper and such). Surprisingly, it is a fruit and not a vegetable as we have known it.

It is a regular in almost every kitchen in India with its popularity outweighing income, status and any food preferences. Low in calories and high in nutrition, brinjal is a good source of calcium, folate, and phosphorus. It is favoured as a low budget vegetable for sustainability among resource-challenged farmers and budget consumers. Therefore, it remains an important vegetable for the common man, earning the image of a poor man’s vegetable and yet it is still called ‘King of Vegetables’.

Rich in nutrients, every part of brinjal can be consumed. It is known to lower heart illness and control sugar. Packed with fibre it makes a great diet for weight watchers as it works to work weight down.

Fleshy and delicious to taste, there are numerous recipes with brinjal, and it tastes the best when roasted. While the classic Greek eggplant dip Melitzanosalata or Lebanese Baba ghanoush is a hot favourite of Chefs, we too have dishes to smile about, the world-famous baigan bharta, small baigan in spicy, sour sambhar, or even baigan baja.

Why is brinjal called eggplant?

In early 1700, the brinjal variant was smaller. They were in white or yellow colour, oval-shaped and resembled an egg, hence it was called eggplant. The name stuck.

An important cash crop, brinjal is grown in large areas of agricultural land in India. This makes India the second-largest producer. A hardy crop, it grows under any kind of climate and in any region. This vegetable favours fertile sandy loam soils that are well-drained. The pH of about 5.8 and about 7 for the best yield.

Why is Brinjal good for you?

Brinjal is a nutrient-dense vegetable. It is rich in vitamins C, K, B6 and essential minerals such as potassium, niacin, manganese. It helps in improving bone health. High in water content, the healthy enzymes that this vegetable contains stimulate the hair follicles. This promotes the healthy growth of hair. Washing your hair with brinjal juice gives a fantastic lustre to the hair, and softens brittle hair and stray strands.

It is rich in fibre which explains why it is great for those who are watching their weight.
Interestingly, brinjal is also high in natural chemicals called phytonutrients. This nutrient boosts blood circulation especially to the brain thus improving mental health. This contributes to memory retention and the development of neural pathways.

With this impressive nutrient profile, it is clear why Brinjal is considered the King in our Kitchens. It is not only versatile, but it also lends itself well to many preparations. Brinjal is deeply entrenched in the Indian culture as even ayurvedic medicine turns to brinjal as it is known to cure obesity, diabetes, and hypertension. Amusingly, rural areas use dried brinjal shoots as fuel.

Brinjal contains a compound called solanine and an excess of solanine can lead to symptoms of arthritis-like pain and joint stiffness, inflammation. If you have such issues either avoid consuming brinjal or consult your nutritionist.

The leaves of these plants should not be consumed as it could lead to various side effects.

7 comments on “Brinjal and its surprising health benefits”