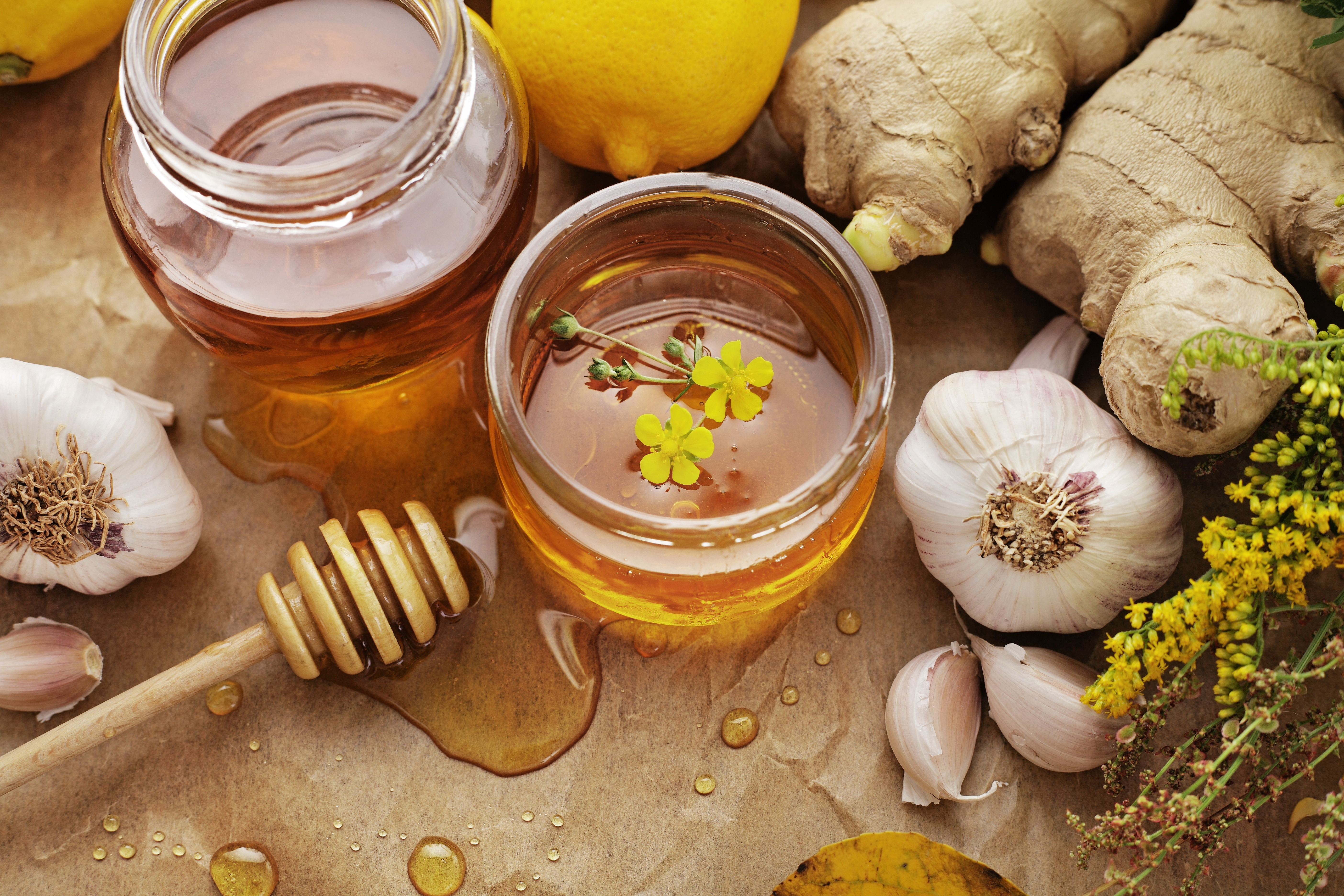 Ever since drug-based antibiotics came around in the 1940s, natural antibiotics have taken a back seat. The scientific jury is still out concerning natural antibiotics. Man has used remedies like these for hundreds of years but most treatments have not been thoroughly tested. However, due to an ongoing increase in drug-resistant bacteria and the nasty side effects of antibiotics, scientists are looking to nature when developing new medications.

Every time you swallow a drug-based antibiotic, you cause significant harm to your digestive system by destroying the healthy bacteria in your gut that can cause:

And it’s not like drug-based antibiotics damage the gut for just a few weeks. Certain changes last for up to 4 or more years! That being said, there are many severe conditions where pharmaceutical antibiotics are an absolute must, however many common ailments can sometimes be dealt with natural remedies instead of popping pills (under the advice of your treating physician of course).

In this blog, we share an overview of nature’s 10 most powerful antibiotics. We examine the science behind them, where to use them, and where to find them. Read on to learn more!

These are extremely important for a strong immune system (among many other things). Fermented foods like sauerkraut or kombucha contain healthy bacteria. So, eating fermented food boosts and preserves the beneficial bacteria in our gut—this is called our gut flora. Our gut flora is destroyed by the pesticides in our food, antibiotics, alcohol, and NSAID drugs like Aspirin. Fermented foods are, hands-down, the best source of healthy bacteria you can get.

Supports a healthy immune system. Just aim to consume 2-3 different fermented foods every day to give your immune system a significant boost.

Some of the most popular fermented foods include

Populations that eat a lot of coconuts are among the healthiest people on the planet.

The fat in the Coconut contains a large quantity of lauric acid, a medium-chain triglyceride.

In our body, lauric acid turns into a monoglyceride with antibacterial properties, which can also be found in breast milk.

Both lauric acid and monolaurin can kill harmful pathogens like bacteria, viruses, and fungi.

How to use – to get the most benefits from coconut oil, you should only use raw, unprocessed, extra virgin coconut oil.

Made from fermented apples, ACV is a  well-known disinfectant that can kill Staphylococcus aureus and Pseudomonas aeruginosa as well as certain fungi and yeasts. Best of all, it doesn’t damage mucous tissue, making it a great home remedy for pathogen-caused sore throat.

It’s also a powerful detoxifying agent that can be consumed in small doses every day.

Onions are garlic’s cousins with many of the same phytochemical properties. Effective against various strains of pathogenic bacteria, onion (best raw when used as medicine) reduces fever, relieves nausea, clears ear infections, relieves respiratory ailments, and performs many other healing wonders. The very thin onion membrane between layers can be placed directly on a cut or abrasion to stop bleeding, relieve pain, and kill germs.

The very thin onion membrane between layers can be placed directly on a cut or abrasion to stop bleeding, relieve pain, and kill germs.

Garlic isn’t just a delicious vegetable to add to your meals. It’s also a powerful antibiotic that has been used for thousands of years by cultures around the world for its preventive and curative powers.

Garlic is known to fight a wide range of infections including bacteria like Salmonella and Escherichia coli (E. coli), viruses, fungi, and even parasites. It doesn’t just kill infectious microbes, it also bolsters your immune system.

And unlike drug-based antibiotics, garlic provides a long list of additional health benefits including its ability to

How to use – In order to use garlic medicinally, it needs to be raw as cooking destroys the ingredients that are responsible for its antibiotic effects.

Since the time of Aristotle, honey has been used as an ointment that helps wounds to heal and prevents or draws out infection.

The antibacterial effects of honey are usually attributed to its hydrogen peroxide content. Manuka honey is one of the most unique and beneficial forms of honey on the planet— it’s like honey on steroids.

Studies have even found that manuka honey can kill off staph infections (MRSA), an antibiotic-resistant superbug. Most drug-based antibiotics, on the other hand, are completely useless for treating MRS.

Antibacterial properties aside, honey may help wounds to heal by providing a protective coating that fosters a moist environment.

Manuka honey is primarily used topically (on the skin).

But since it’s honey, you can also eat it to give your immune system a boost. It’s the most delicious way to fight infection.

The scientific community also recognizes ginger as a natural antibiotic. Several studies have demonstrated ginger’s ability to fight many strains of bacteria.

Clove has traditionally been used in dental procedures. Research is now finding that clove water extract may be useful against many different kinds of bacteria, including E. coli.

It is one of the most thoroughly researched plants in existence, and for good reasons.

A few studies have shown it to be effective against Bacillus cereus, Bacillus coagulans, Bacillus subtilis, Staphylococcus aureus, Escherichia coli, and Pseudomonas aeruginosa.

Best for – everything. Seriously.

How to use – Turmeric root can be bought fresh and added to your green juice, soup, rice, potatoes, etc.

Cinnamon is one of the world’s oldest and most common spices. But cinnamon isn’t just any ordinary spice as you may have guessed. Science has shown that cinnamon can fight off a wide range of dangerous bacterial and fungal infections. For example, one study found that cinnamon inhibits the growth and mycotoxin production of certain fungi.

There’s really nothing bad to say about cinnamon. It’s delicious and loaded with health benefits.

Internal immune booster with powder, external with oil (namely fungal infections like candida or athlete’s foot), best used in combination with other natural antibiotics. It can be used for internal infections like the cold or flu.

Whether you’re using cinnamon as a spice or medicine, you need to make sure it’s organic Ceylon cinnamon.