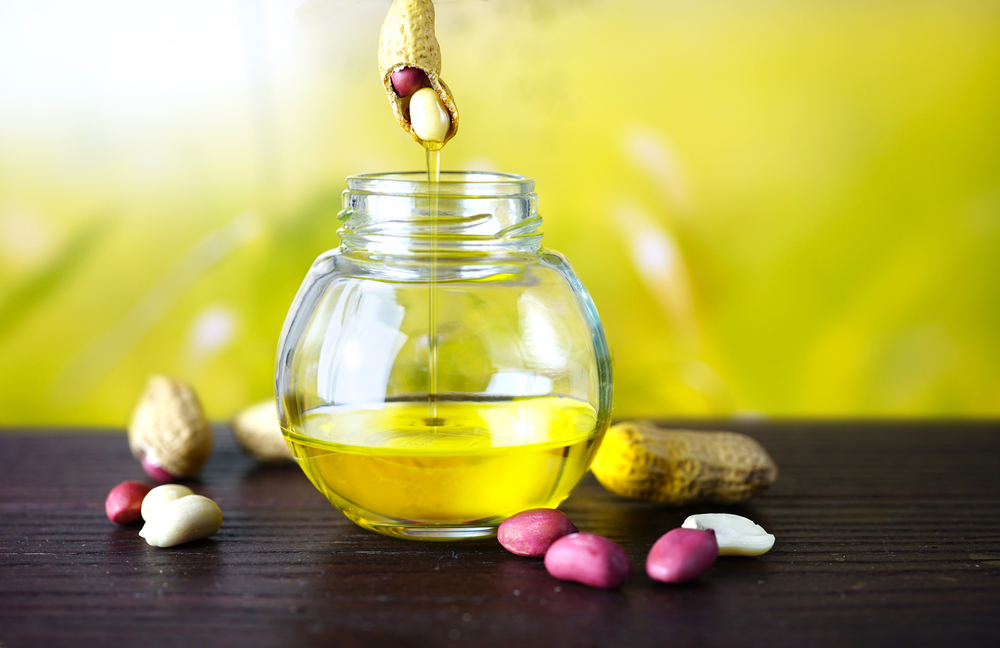 Peanut plant is a member of the Leguminosae family. The fruits or peanuts grow underground even though the peanut plant blossoms over the ground. This is the reason why peanuts are also called groundnuts. Its popularity dates back to World War II when in the US food shortage led to the scarcity of different oils; people then came to rely on groundnut oil as essential. It has been used more commonly since then.

In the present day, groundnut oil is majorly cultivated in India, China, West Africa and the USA. In India, groundnut is widely grown in Gujarat, Rajasthan, Maharashtra, Tamilnadu, Andhra Pradesh and Karnataka.

The major exporters of groundnut oil are Sudan, Argentina, and Senegal. Yet due to its restricted supply, there is always a constant demand for this wonderful oil.

Groundnut Oil has many variants such as refined and unrefined, cold-pressed and roasted. These variants have significant differences in their nutrients and health benefits. Its roasted flavour makes it a highly favoured oil. Being healthier than other cooking oils, groundnut oil is found on most kitchen shelves. Peanut oil is a preferred oil for frying foods. It is very popular for its medicinal benefits also.

Groundnut oil has various advantages; it can be used in skincare, for baby care and has other health benefits like bringing down the cholesterol levels, improving heart health and boosting the immune system.

Groundnut is one of the most important oilseed crops. It is best grown in well-drained sandy loam or sandy clay loam soil with the optimum soil pH of 6.0 to 6.5. The ideal time of sowing the rabi crop is in the month of November and for the summer crop it is around the second half of January.

One tablespoon of cooked groundnut oil contains the following:

Groundnut oil is most favoured for cooking purposes because of its aromatic flavour. Its nutty taste and the rich aroma make it a great oil for a variety of dishes. It is used for varied cooking styles such as flavouring, broiling, barbecuing, sautéing, and deep frying.

Indians and Chinese use groundnut oil the most in their curries, snacks and stir fries. Because of its mild taste it is regularly used in India to make popular snacks like vadas, pakodas and of course puris. It works perfectly with butter chicken and finger-licking butter paneer; also try it for deep-fried chicken to give a tasty variant to your palate.

Groundnut oil has been popular for its medicinal benefits along with its culinary uses. It has not only been effective in fighting against free radicals which cause cancer, but also in other superficial problems like wrinkles, blemishes and for reducing other signs of premature ageing.

As a good source of vitamin E, it acts as an antioxidant to protect the body from any external bacterial influences. For the same reason, it is very commonly used as skincare oil.

Along with skincare, groundnut oil is also recognised to relieve debilitating joint pains.  The oil can be applied directly on the skin and massaged. This action energises the body, thus helping to alleviate aches and pains in joints and muscles.

Consumption of groundnut oil is great for health. It prevents cognitive disorders, fights cancer cells, and helps the nervous system.

Lastly, it is applied on hair to fight against skin disorders like scaling. This is also due to the vitamin E content in this oil. It is known to reduce protein loss and to strengthen your tresses.